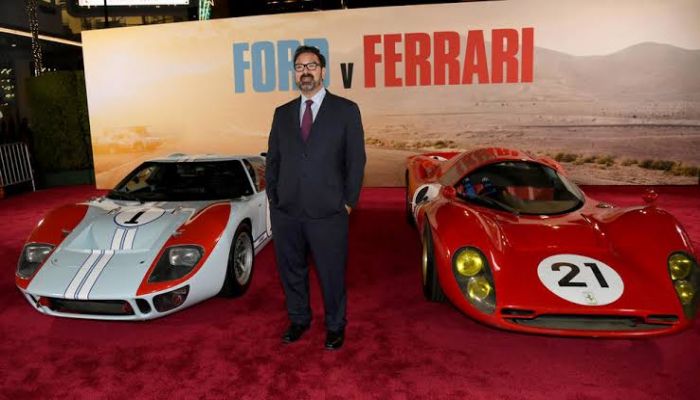 The film is based on the true story of how a team at Ford under legendary designer Carroll Shelby (Matt Damon) and working with British driver Ken Miles (Christian Bale) builds a car to challenge Ferrari’s longtime supremacy of France’s classic 24-hour Le Mans race.
The film amassed a rare A+ CinemaScore from viewers, the highest among new nationwide offerings, which should help it recoup its $100 million production cost, Variety reported.
In second was last week’s leader, Lionsgate’s “Midway,” with $8.8 million in Friday-to-Sunday ticket sales, just half its opening-weekend take. The PG-rated film looks at the crucial naval battle between the US and Japanese forces in the Pacific in June 1942.
A new chapter in the “Charlie’s Angels” saga opened in third place, taking in what analysts called a disappointing $8.6 million.
The Angels’ last big-screen film, in 2003, debuted to a far more impressive $37 million. Kristen Stewart, Naomi Scott and Ella Balinska star as the trio of glamorous spies with a mission to rescue the world.
Paramount’s comedy “Playing With Fire” placed fourth at $8.55 million. John Cena, Keegan-Michael Key, and John Leguizamo portray a crew of tough firefighters who rescue three unruly siblings and end up babysitting them.
Fifth place went to Universal’s early-arriving “Last Christmas,” at $6.7 million. Emilia Clarke plays Kate, who is none too happy about her job as a department store elf until she meets handsome Tom (Henry Golding), who seems — perhaps — too good to be true.
Overall, it was a strikingly feeble showing for the weekend’s top five, which took in a total of $63.6 million, less than half the $143.4 earned by the top five in the year-earlier period, Exhibitor Relations said.
Rounding out the top 10 were:
“Doctor Sleep” ($6.2 million)
“The Good Liar” ($5.7 million)
“Joker” ($5.6 million)
“Maleficent: Mistress of Evil” ($5.2 million)
“Harriet” ($4.8 million)
Source: AFP