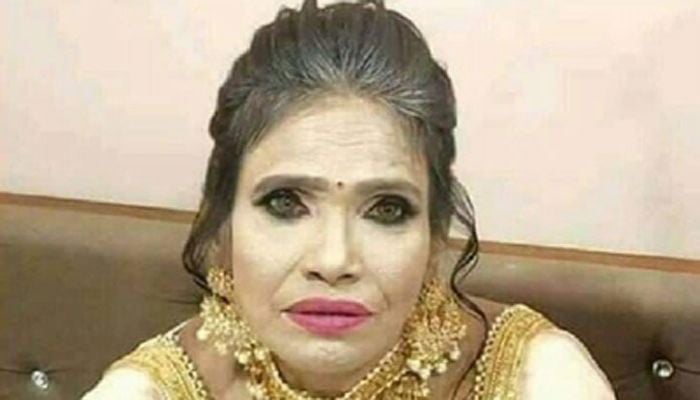 ﻿Internet sensation Ranu Mondal is in the news again - this time for her makeup look that has received varied reviews. Pictures of Ranu Mondal, whose rags-to-riches story and melodious voice charmed the Internet, emerged on the Internet two days ago.

The photos show Ms Mondal attending a recent event in a pastel lehenga and gold jewelry. It was her heavy makeup that caught the Internet's eye and led to much comment online.

The phrase "Ranu Mondal makeup" began to trend online as tweets flew. Many netizens also created memes - most of them too rude to reproduce here.

Ranu Mondal became a familiar name after a video of her singing Lata Mangeshkar's Ek Pyar KaNagma Hai at Ranaghat railway station in West Bengal went viral in August. Since then, Ms Mondal has been invited to reality shows and has recorded two songs for Himesh Reshammiya's film 'HappyHardy And Heer'.