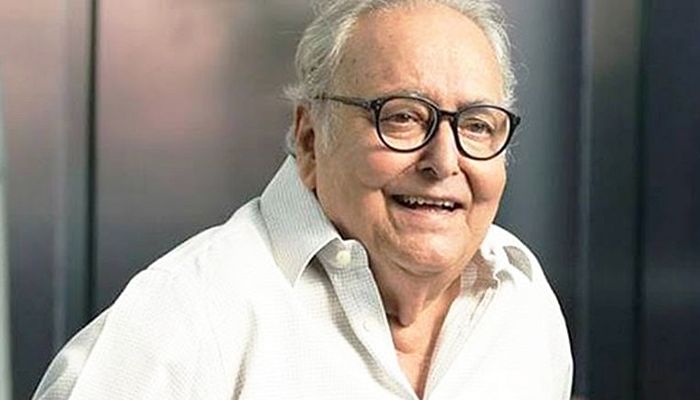 ﻿The health condition of legendary actor Soumitra Chatterjee has improved significantly, according to media reports.

His oxygen saturation has improved while his sodium and potassium level have been both corrected, said doctors at the private hospital where he is receiving treatment.

The veteran actor is recovering after testing negative for COVID-19 earlier this week, the doctors attending the thespian in a Kolkata hospital said on Thursday evening, reports NDTV.

Sharing an update about the actor's health, one of the senior doctors treating him said that he is doing very well.

He was shifted out of Covid ICU once he tested negative for the virus on Wednesday. He is recovering, his consciousness has gone better substantially.

Doctors said Soumitra is 'speaking also, a few comprehensive words...we are giving all sort of good therapy to him" and added that he is without any fever for more than 40 hours now and that "the liver, kidney, heart, all are in acceptable range...his saturations are more than 96 percent on the support of 40 percent of oxygen only. No new complications or anything has happened."

The actor was hospitalized on October 6 after he tested positive for Covid-19.