The White Tiger 1st Reviews Are in, Critics Call It Roaring Success 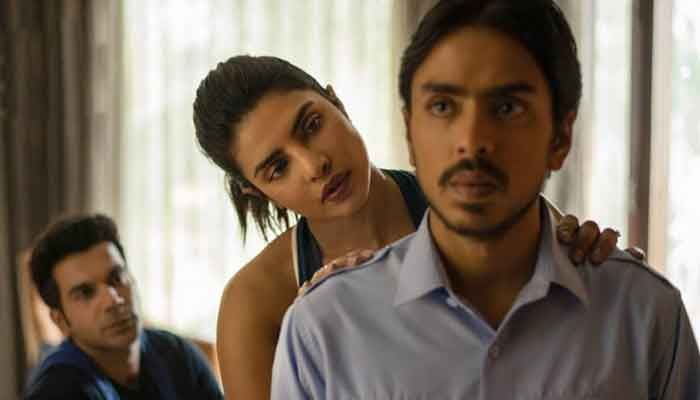 ﻿The first reviews for The White Tiger from Ramin Bahrani are in. The film is considered among the front-runners for the upcoming awards season and is scheduled for a selective theatrical release on January 8 and then an online release on Netflix.

The film, starring newcomer Adarsh Gourav, Rajkummar Rao and Priyanka Chopra Jonas, is based on the Man Booker award-winning novel of the same name by Aravind Adiga. Ramin's contemporary retelling of Aravind's tale of India's class struggles and the psychology of servitude has inspired some reviewers of foreign publications, reports Hindustan Times.

In a glowing review, Variety's Owen Gilberman wrote that the film presents a more realistic counter to Danny Boyle's Oscar-winning film Slumdog Millionaire. "Bahrani is no feel-good fantasist. The White Tiger taps engagingly into the rags-to-riches, Horatio-Alger-on-the-Ganges mythology that made Slumdog Millionaire a global sensation, but the movie also recognizes the earlier film as a fairy tale, positioning itself in key ways as the anti-Slumdog," he wrote. The Hollywood Reporter's David Rooney echoed the thought, also comparing the film's exploration of class division with Bong Joon Ho's Parasite. He wrote, "The sting of underclass payback doesn't rival that of, say, Parasite, but the movie taps into the same simmering rage of the have-nots, shafted out of an unyielding system in a perilously unbalanced world. It could almost be considered the anti-Slumdog Millionaire."

Adarsh's performance as the subservient and later cynical Balram was lauded by all. Entertainment Weekly's Leah Greenblatt introduced him as a "largely unknown actor whose soulful combination of sheer will and vulnerability should, in a just world, win him the kind of accolades that helped make Slumdog's Dev Patel a star." Meanwhile, the Variety review called his performance a 'small marvel'. "He's charismatic in a nearly silent way, and he lets us see how the reflex to obey — not to up his salary but to ask for less of one, to bow and scrape before employers he views as masters — has been programmed into him," it read.

Rajkummar, who plays the Balram's master Ashok, was called a 'charismatic Bollywood star' while Priyanka was credited for bringing emotional depth to a smaller role.

Ramin's film, however, has not been called flawless. The Guardian's Peter Bradshaw wrote, "I could have done without Balram introducing himself through the hackneyed 90s device of the freeze-frame/voiceover, bringing us into his story at its highest moment of car-crash drama and tragedy – everything but a needle-scratch into silence." Some critics were also not all for the moments of heavy expositioning either.

Mahesh Manjrekar also stars in The White Tiger and is co-produced by Priyanka and Ava DuVernay. On January 22, it will be released on Netflix.