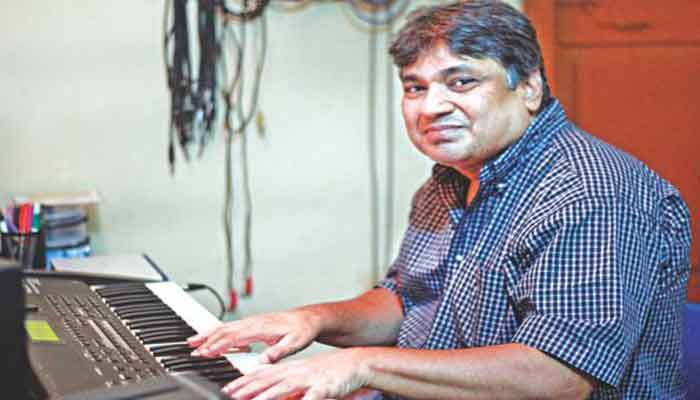 Foad was taken to Dhaka's Universal Medical College Hospital around 11.30 a.m. after he complained of severe chest pain at his home in the capital and admitted to the Coronary Care Unit (CCU), according to music director Farid Ahmed.

Although his primary condition was not satisfactory initially, Foad "is now stable and his condition improving", his band-mate Raihan Al Hasan said.

With Foad as the leader of the band, Feedback started its journey back in 1976. The band celebrated its four-decade journey in 2019 by organising a rendezvous concert at the International Convention City, Bashundhara (ICCB) in the capital.

With Babu's guidance and creative brilliance, Feedback began hogging media limelight from its beginning only, with evergreen tracks like 'Ei Din Chirodin Robe', ‘Moushumi’, ‘Geetikobita 1 & 2’, ‘Chithi’, ‘Majhi’, ‘Telephone e Phishphish’, and perhaps its most significant song of all time ‘Melay Jaire’, which has gradually become the nation’s anthem for its biggest festivity  Pahela Baishakh.

Apart from his successful band career, Babu has also cemented his legacy as a prolific music composer, director, piano and bass player and a successful commercial jingle producer.