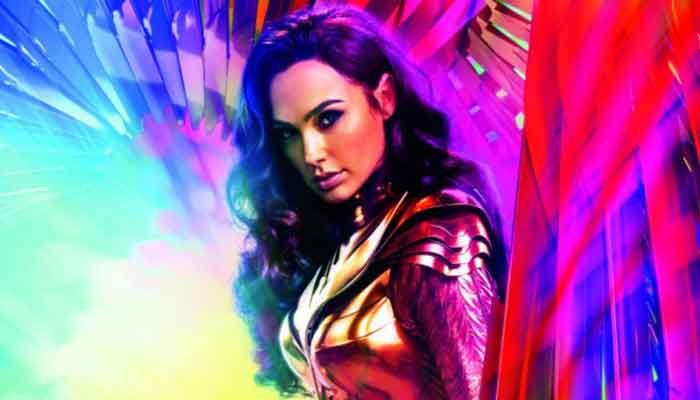 ﻿"Wonder Woman 1984" led domestic box office charts for the third straight weekend without much in the way of competition. The superhero sequel nabbed $3 million between Friday and Sunday, bringing its total in the U.S. and Canada to $32.6 million. Overseas, the film grabbed $4.7 million for an international tally of $98.8 million, reports Reuters.

With $131 million in global box office receipts, the "Wonder Woman" sequel has outperformed most fellow pandemic-era releases. Yet that doesn't make up for the film's mighty $200 million production budget, which is to say the latest outing for Gal Gadot's DC hero will almost certainly lose money for the studio. Nonetheless, Warner Bros. has already greenlit a third installment with Gadot and director Patty Jeninks on board. The comic book adaptation was released simultaneously on HBO Max in an effort to buoy streaming service subscribers. It's unclear how many HBO Max users watched the movie, though the company touted record viewership. Next weekend, "Wonder Woman 1984" will be taken off HBO Max and it will only be available to watch in theaters until it reaches its traditional home entertainment window. It's expected to return to the streaming platform a few months later.

Canada has been a surprisingly bright spot for the Amazonian warrior, where only 5% of theaters are open and HBO Max is not available. Warners released the film simultaneously in any available movie theaters and on premium video-on-demand, a rare strategy that would not have been tolerated by film exhibitors in pre-pandemic times. Even more unprecedented, the studio actually divulged tangible digital sales, something that no Hollywood studio has been willing to share. Canada's pVOD model resulted in additional $7.2 million in revenues from online platforms like iTunes and Amazon.

Outside North America, Disney and Pixar's "Soul"—which skipped the U.S. theater for Disney Plus debut—continue to pick up steam at the international box office. The existential family film amassed $8.9 million from 11 foreign countries, boosting its overseas total to $47.3 million. Chinese movie theaters have accounted for a bulk of that haul, with $36 million in ticket sales coming from the Middle Kingdom alone. It's now the fourth-highest grossing Pixar movie ever in China and looks to overtake "Finding Dory" ($38.4 million) for third place following "Coco" and "Incredibles 2."

Without any new nationwide releases, a variety of holdovers rounded out domestic box office charts. In the second place, Universal and DreamWorks' "The Croods: A New Age" pulled in $1.8 million in its seventh week of release for a domestic tally of $36.8 million. Internationally, "The Croods" sequel crossed $90 million after adding $5.1 million from 17 overseas countries. Its global haul hovers at $127 million. The film is currently available on premium video-on-demand platforms as part of a deal forged between Universal and major exhibitors such as AMC and Cinemark. Under the pact, the studio can put new titles on digital rental services after 17 days of their theatrical debuts. In return, AMC and Cinemark get a cut of the profits and any open cinemas have fresh content to show on the big screen.

Another Universal title "News of the World" managed third place with $1.2 million. The Tom Hanks-led Western drama, directed by Paul Greengrass, premiered on Christmas Day and has collected $7 million to date. Netflix has international rights to "News of the World."

Sony's "Monster Hunter" thriller was worth $1.1 million, enough to land the No. 4 spot. After a month in theaters, Milla Jovovich's video game adaptation generated $7.8 million. "Fatale," a psychological thriller with Hilary Swank and Michael Ealy, finished the top five with $670,000 in their fourth weekend of release. That brings the total to $4 million.

Focus Features' revenge thriller "Promising Young Woman" secured $560,000 over the weekend, finding itself in sixth place and putting its total at $2.7 million. Like "The Croods" sequel and "News of the World," the film falls under its parent company Universal's early VOD agreement. Directed by Emerald Fennell and starring Carey Mulligan, "Promising Young Woman" lands on home entertainment for a premium price starting on Jan. 15.