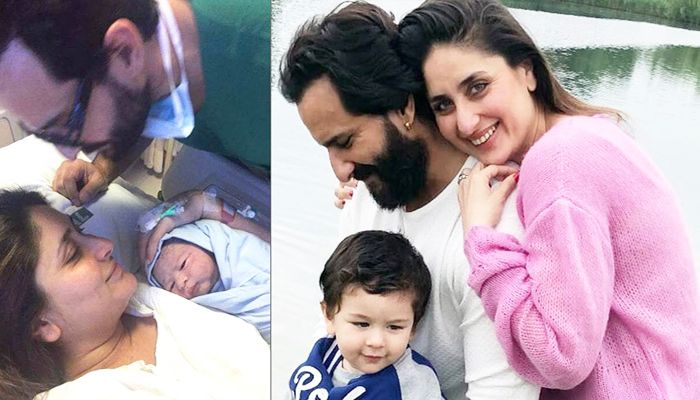 ﻿Indian actors Kareena Kapoor Khan and Saif Ali Khan have welcomed baby no. 2, a boy. They have a 4-year-old son, Taimur, together. The actor delivered the baby at the Breach Candy Hospital, Mumbai on Sunday morning at 9 am, Randhir Kapoor confirmed to indianexpress.com.

Kareena had announced her pregnancy in August via her Instagram handle. Extending thanks to their well-wishers, Saif and Kareena had released a joint statement at the time, which read, ''We are very pleased to announce that we are expecting an addition to our family. Thank you to all our well-wishers for all their love and support.''

Kareena Kapoor finished the shoot for Laal Singh Chaddha during pregnancy. She was also seen shooting for various brands she represents. Her Instagram handle stayed active as it gave insights into her work and personal life.

In an interview with Bombay Times, Kareena shared her thoughts on pregnancy and how she has dealt with it. Kareena said, ''No, there has never been any plan that I have to do this or that. It’s just that I have never been that kind of a person who would sit at home and say, 'Now I want to put my feet up'. I am doing what I want to do.'' The actor explained why she chose not to take time off. ''Working — whether it's during my pregnancy or post-delivery — has been a point to just say that when has anyone ever said that pregnant women can't work? In fact, the more active you are, the healthier the baby is and the happier the mother is. After delivery, too, once you feel fit enough, one should do what they feel like doing, and try to balance it out between giving time to the child as well as your work and yourself. I have always been very proud of being a working mother,'' said the actor.

In the interaction, Kareena credited the support she gets from her husband, actor Saif Ali Khan and said, ''I think that he does understand in a way, especially when it comes to working women — be it a mother, sister, wife or daughter. He understands and respects working women a lot. He gives us the space to do exactly what we want. I think a happy woman is the one who is doing what she loves the most. I am glad that he understands that, and I believe that it comes from his mother.''

Saif Ali Khan and Kareena Kapoor tied the knot in 2012 after dating for a while. They welcomed Taimur in 2016. Apart from Taimur and the newborn, Saif also have children Sara Ali Khan and Ibrahim Ali Khan with his first wife, Amrita Singh.

On the work front, Kareena Kapoor is looking forward to the release of Laal Singh Chaddha, the Hindi remake of Hollywood hit Forrest Gump. She was last seen in Irrfan Khan and Radhika Madan’s 2020 release Angrezi Medium.