Hrithik And Saif to Star in Vikram Vedha’s Hindi Remake 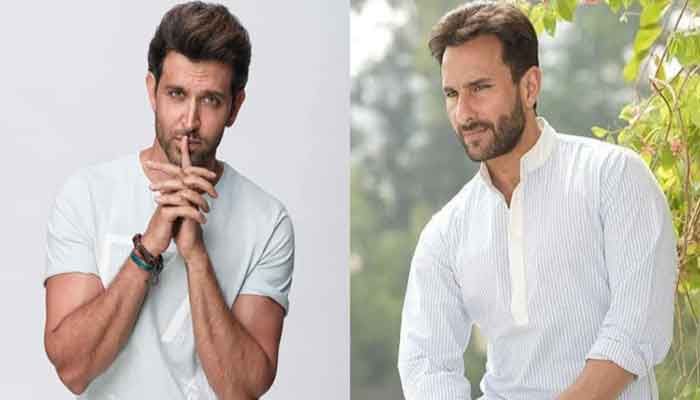 Hrithik Roshan and Saif Ali Khan are all set to star in Hindi remake of Tamil film Vikram Vedha. On Saturday, trade analyst Taran Adarsh took to Twitter and shared, “HRITHIK - SAIF IN ‘VIKRAM VEDHA’ REMAKE… #HrithikRoshan and #SaifAliKhan will star in the #Hindi remake of #Tamil film #VikramVedha… Pushkar-Gayathri - the director duo of the original film - will direct the #Hindi version too… 30 Sept 2022 release.”

The Tamil film Vikram Vedha starred R Madhavan and Vijay Sethupathi. The action-thriller released in 2017 and received a positive response at the box office. It starred Madhavan as a police inspector named Vikram while Vijay played Vedha, a gangster and a drug smuggler. The film was directed by Pushkar and Gayathri, who will helm the Hindi remake as well.

Vikram Vedha was inspired by the Indian folktale Baital Pachisi. The film tells the story of Vikram (Madhavan), a police inspector who sets out to track down and kill Vedha (Sethupathi), a gangster. After Vedha voluntarily surrenders himself, he tells Vikram three stories that change his perceptions of good and evil. The film, also starring Shraddha Srinath, was produced by S Sashikanth.

On the work front, Saif has started preparations for his magnum-opus Adipurush in which he plays the role of Ravana. Hrithik, on the other hand, has joined the sets of Fighter, his maiden project with Deepika Padukone. The film went on floors earlier this week.