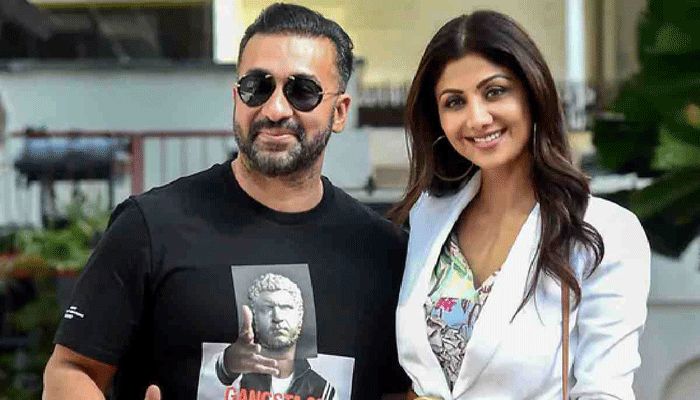 Raj was taken into custody late on Monday evening by the crime branch of the Mumbai police in India's entertainment capital, after hours of questioning in a case involving the creation of pornograhic films that was lodged in February this year, reports UNB.

According to police officials, the pornograhic films were shot in India and then transferred to Britain via a UK-based firm. The Mumbai police have arrested a total of nine people in this case.

"There was a case registered with the crime branch Mumbai in February 2021 about the creation of pornographic films and publishing them through some apps. We've arrested Raj Kundra in this case as he appears to be the key conspirator of this," the Mumbai police said in a statement.

Though cops claimed to possess "sufficient evidences" against Raj, the 45-year-old British-Indian businessman insisted that he was innocent.

In 2013, Raj hogged media limelight after he was grilled by Delhi Police in connection with a betting and spot-fixing scandal that rocked the multi-million dollar cricketing tournament Indian Premier League. He's a co-owner of the Rajasthan Royals team.

Shilpa and Raj tied the knot in 2009, after dating for a couple of months. They have two children -- a son and a daughter.

A former model, Shilpa made her Bollywood debut in the thriller Baazigar (1993) starring Shah Rukh Khan as an anti-hero in the lead role. She went on to act in several other successful flicks, including action comedy Main Khiladi Tu Anari in 1994 and romantic drama Dhadkan six years later.

Shilpa is also a celebrity endorser for several leading brands and products as well as a number of fitness campaigns such as the Fit India Movement, launched by the Indian government.