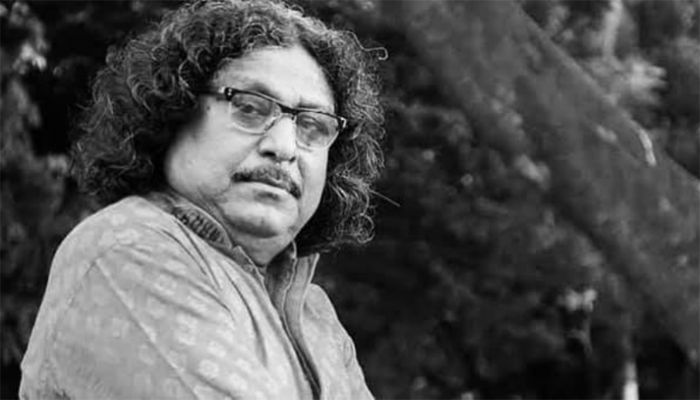 ﻿Legendary folk singer and Swadhin Bangla Betar Kendra artiste Fakir Alamgir, who was infected with Covid-19, passed away at a hospital in the capital city on Friday. He was 71.

He breathed his last around 10:56 pm while undergoing treatment at United Hospital.

The news was confirmed by his son Mashuque Alamgir Rajeeb.

Fakir Alamgir had been receiving treatment at the Intensive Care Unit (ICU) of the hospital since July 16 after he tested positive for Covid-19 on July 14. Later, on July 18, he was kept on life support after his condition deteriorated.

On Friday night, he suffered a heart attack after 10:00 pm while being on ventilation at the Covid unit of the hospital.

Condolences poured in on social media soon after the news of Fakir Alamgir’s death spread. Singers Kanak Chapa, Pritom Ahmed, Asif Akbar, Topu, Elita Karim, Shafiq Tuhin, Tonmoy Tansen, Konal and many others took to their social media handles to express shock at the death of the folk legend.

Born on February 21 in 1950 in Kalamridha village under Bhanga upazila of Faridpur, Fakir Alamgir started his music career in 1966. He played a vital role during the mass uprising of 1969 as a member of the ‘Kranti Shilpi Gosthi’ and ‘Gana Shilpi Gosthi’.

During the Liberation War in 1971, he worked with the Swadhin Bangla Betar Kendra (SBBK) to inspire freedom fighters.

He was awarded Ekushey Padak in 1999 as recognition for his contribution to music.

Fakir Alamgir was also the founder of the cultural organisation ‘Wrishiz Shilpi Gosthi’. He also served as the president of ‘Gana Sangeet Shamanya Parishad’.