Disney to Debut Rest of 2021 Films in Cinemas First 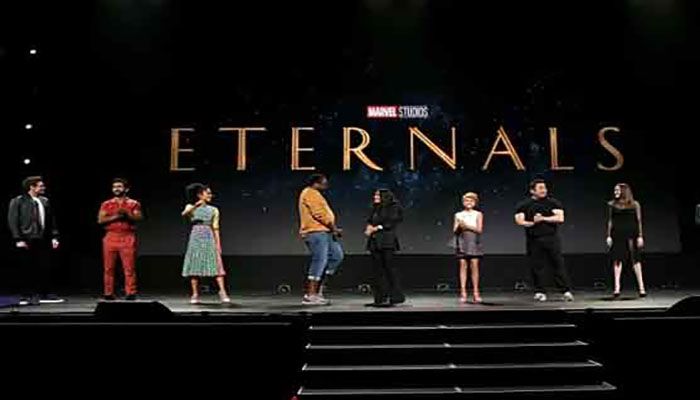 Disney announced Friday that all of its films slated for release by the end of the year will be exclusively screened in cinemas first, bringing relief to theaters anxious to reconnect with audiences after the coronavirus pandemic devastated their industry, reports AFP.

The animated film "Encanto" will be released on the big screen on November 24 and will not appear on Disney's on-demand video platform until December 24, the company said in a statement.

Other planned projects, including "The Last Duel" by Ridley Scott, "Eternals" by Marvel Studios and "West Side Story" by Steven Spielberg, will be screened in theaters for at least 45 days before they are released elsewhere.

The decision was eagerly awaited by traditional cinemas after the entertainment giant recently chose to release a series of big productions such as "Black Widow", "Jungle Cruise" and "Cruella" on its Disney+ platform, diverting part of their revenue.

"Black Widow" actor Scarlett Johansson has sued Disney, accusing the company of breach of contract and costing her millions of dollars in box office revenue after it released the film on its video platform.

Two years ago, Disney was producing content for both theaters and television channels, but it now has direct access to its audience via streaming, a trend accelerated by the pandemic.

In mid-August, Disney boss Bob Chapek said he favored "flexibility" and the ability to "follow the consumer wherever he goes".

During a presentation of the company's financial results, he said "when theaters reopened, there was immense reluctance from the public to return".

Warner Bros. studios has also been heavily criticised for its decision to release all of its new movies for the rest of the year on its HBO Max platform.