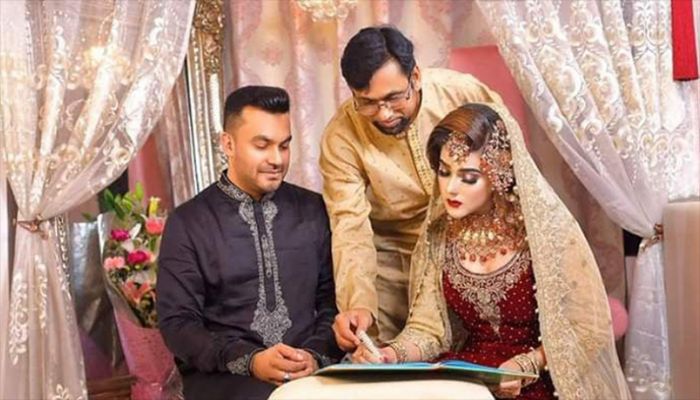 Dhallywood star Mahiya Mahi has tied the knot with Rakib Sarker, a businessman and politician of Gazipur.

The marriage formalities were completed at 12:05 am, she wrote, posting her wedding photo.

“Everything that spread earlier was, in fact, a rumor. Everyone will pray for us and that is the only wish.”

The ‘Dhaka Attack’ star, in an earlier Facebook post, wrote that she was going to give a surprise to her fans on September 13.

In May, Mahiya Mahi and Parvez Mahmud Opu parted ways five years after their marriage.

On May 24, 2016, the ‘Agni’ girl wed Opu, an engineer-turned-businessman based in Sylhet, in the capital’s Uttara.

Having made her debut through Shahin Sumon directorial ‘Bhalobashar Rong’ in 2012, Mahi is said to be one of the most popular actresses of Dhallywood.