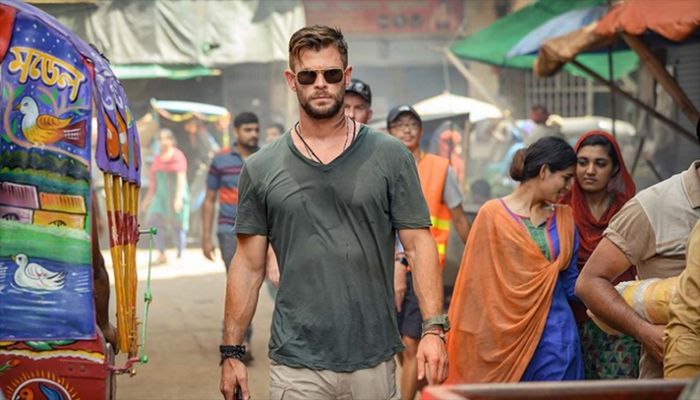 Chris Hemsworth stopped by Tudum, the online Netflix fan convention held Saturday, to talk up the return of his Extraction protagonist, reports The Hollywood Reporter.

The sequel to Extraction hails from filmmaker Sam Hargrave, the stuntman-turned director behind the first instalment.

Extraction was a big hit with audiences when it debuted on Netflix April 2020 in the early days of the coronavirus pandemic, when it felt like a much-needed jolt in a time when the future of big-budget fair was in flux with tentpoles being delayed left and right.

Extraction was praised for its action sequences, gave Hemsworth yet another franchise to show off his particular set of skills, and turned Hargrave into an in-demand filmmaker.

Netflix has touted it as its most-watched original film ever and quickly put the sequel on the fast-track.

A big question at the end of the first Extraction was if Tyler Raker survived. The Australian mercenary seemingly died, but a last-minute reveal put that into question.

Once again, the sequel is produced by Joe and Anthony Russo via their AGBO banner, from a script by Joe Russo, who also penned the first instalment.

The first Extraction script came after Joe Russo worked on the 2014 graphic novel Ciudad, from which it is based.