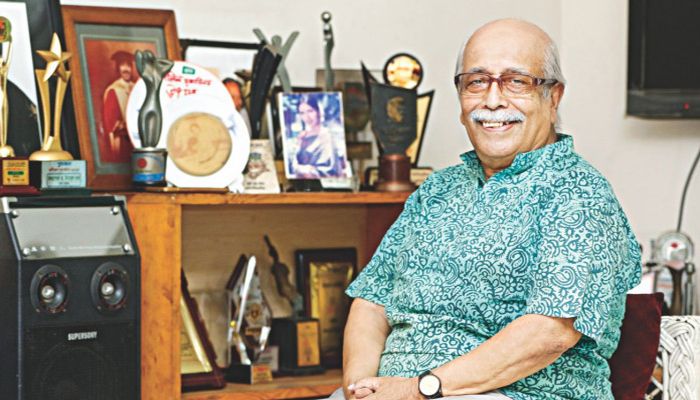 ﻿﻿Prominent actor Dr Enamul Haque is no more. He died at his home on Bailey Road around 4 pm on Monday (October 11).

The Deceased's son-in-law actor Saju Khadem confirmed to the media about his death.

Saju Khadem said, Dr Enamul Haque suddenly fell ill at home. He was quite healthy before. He was taken to the hospital at noon. Doctors said he died at around 3 pm.

Dr Enamul Haque was a shining star of the country's acting arena. Born in Feni, he studied at Dhaka University. He joined BUET's Chemistry Department in 1985 as a lecturer. He was later promoted to Assistant Professor and Professor.

Dr Enamul Haque's acting career started during the liberation war. He chose the path of drama to inspire the people in the movement. He did street plays in different places of Dhaka in 1971. He later gained popularity across the country by starring in TV dramas, movies and magazine shows.

In 2012, Dr Enamul Haque received the Ekushey Padak. In 2017, the Bangladesh government awarded him the Independence Award.