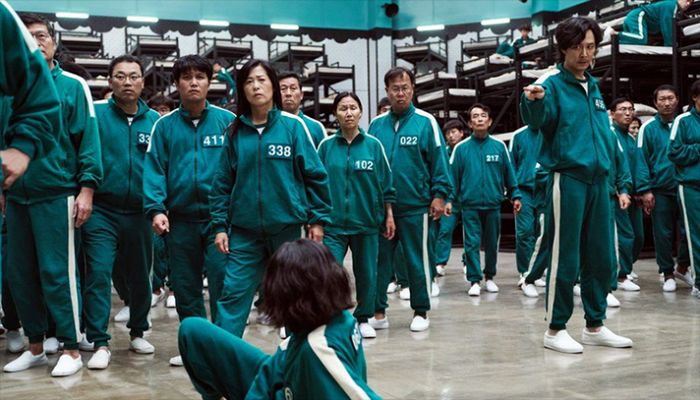 Pupils as young as six have been acting out games from violent Netflix thriller Squid Game, teachers have warned.

Schools around England have warned parents to check their device settings amid multiple reports of children viewing the smash-hit show, reports BBC.

The South Korean series features characters competing in a series of games where failure results in death.

One headteacher said the 15-rated programme was "totally unsuitable" for primary age children.

Gareth Nichols, from Sir Francis Hill primary in Lincoln, said "a small group of pupils within the school, aged around six" were discussing the show and "re-enacting some scenes".

He added, "[The teacher] also advised parents to check settings on their devices as pupils may be accessing and viewing this show without their parents' knowledge."

Welton Primary School in Brough, East Yorkshire, said it was aware the show was being watched by pupils in Years 3 to 6 and had sent out guidance to parents.

The series, which has become Netflix's most-watched show in 90 countries, has been rated appropriate for viewers aged 15 and older and has content warnings including sex, violence and suicide.

In it, cash-strapped contestants play games such as marbles, tug of war and red light, green light for the chance to win cash. However, if they fail any of them they are shot dead.

Mr Nichols said: "Although some of the 'games' portrayed could be viewed as adaptations of traditional playground games, the violent consequences of failure are inappropriate for younger viewers and I would wholeheartedly support the 15 rating given to the show.

"I would strongly advise all parents to check and monitor what their child is viewing at home, in order to keep them safe from such material."