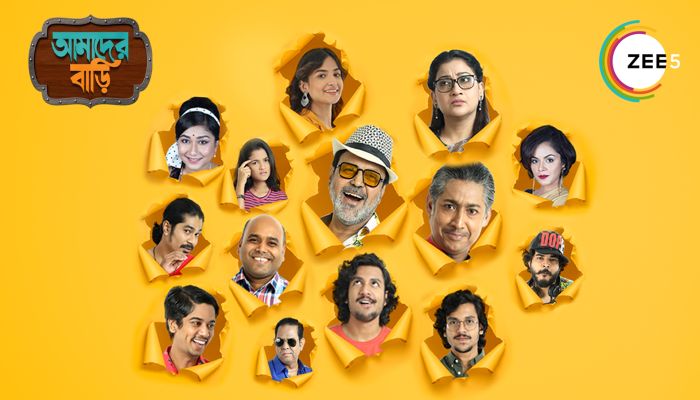 Amader Bari’s story revolves around a happy, united family whose power lies in the love rooted within the relationship and how it helps the family overcome the real crisis of the outer world. This ZEE5 Original Drama Series deals with everyday familial comedies and emotional moments which brings the family members even closer.

Archana Anand, Chief Business Officer, ZEE5 Global, said, “We have always focused on entertaining our viewers around the world through relatable story-telling from India, Pakistan and Bangladesh. Our Bangladeshi Originals have received much love, not only in Bangladesh but across the globe. After the successful launch of our new format and first ZEE5 Original Drama Series, we are elated to bring yet another 20 episodic entertaining family drama, ‘Amader Bari’ - a Bangladeshi Original for our audience across the globe”

Director Qazi Rahat, said, “As a kid in the early nineties, I have grown up watching so many family dramas on television. So it has always been fascinating for me how these genres are being made. As this is my Debut Original Drama Series, I gave all my efforts to create something which would really be worth watching and entertaining. Besides, I have a wonderful team of writers who were always there throughout the whole process. Veteran actors Tariq Anam Khan, Rawnak Hasan, Deepa Khandakar and Nader Chowdhury gave their best effort in this project. I am extremely thankful to ZEE5 for giving this web-series a global platform. ”