﻿Dhallywood actor Zayed Khan has joined the biopic of Father of the Nation Bangabandhu Sheikh Mujibur Rahman. He will play the role of Tikka Khan in the movie.

Zayed Khan signed the agreement at the Bangladesh Film Development Corporation (BFDC) in the capital on Monday (November 22) in the presence of the film's director (admin and finance) Ishan Raja Bangali.

"I went to Mumbai for the audition," said Zayed Khan. That's where my clothes were measured. I will play the role of Tikka Khan in this movie. Bangabandhu's biopic is a dream project. I am happy to be part of this biopic. 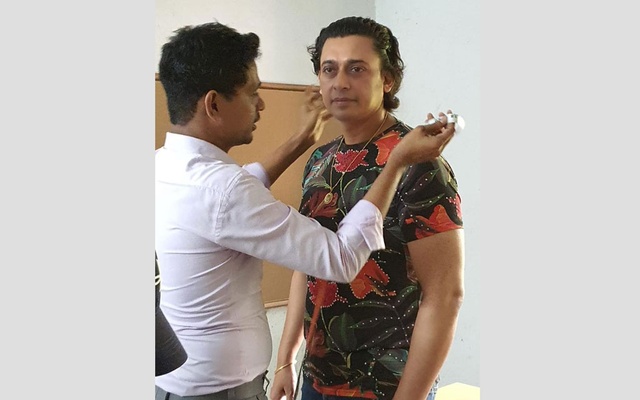 Bollywood director Shyam Benegal is making 'Bangabandhu' in a joint production of Bangladesh and India. Actor Arifin Shuvo in the role of Bangabandhu, actress Nusrat Faria in the role of Sheikh Hasina and Nusrat Imroz Tisha in the role Bangamata Sheikh Fazilatunnesa.

The first phase of the movie started shooting at Dada Saheb Phalke Studios in Mumbai at the end of January this year and will continue till April. The shooting of Bangladesh's part has started this week.

Though the movie was supposed to be released in March, the shooting could not be completed due to the Coronavirus pandemic. Therefore, the movie may be released on the occasion of Bangabandhu's birthday in March 2022.