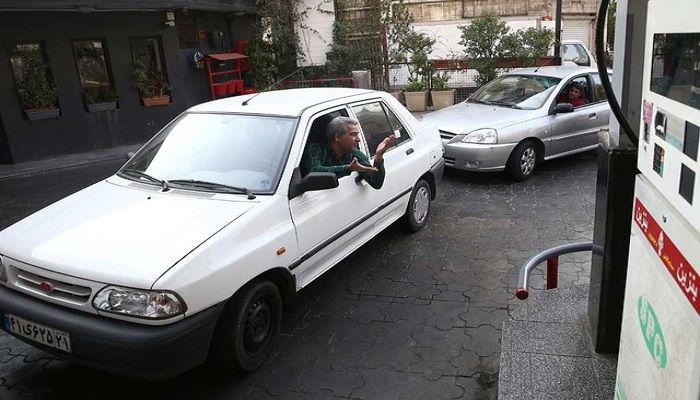 ﻿Iran abruptly imposed petrol rationing and raised pump prices by at least 50 percent on Friday, saying the move aims to help the needy with cash handouts and is not due to a budget deficit.

The Islamic republicm which provides some of the most heavily subsidized petrol in the world, with the pump price previously standing at just 10,000 rials (less than nine US cents) a liter.

'No one should imagine that the government has done this because it is economically struggling; not at all, not a rial of this will go to the treasury,' he added.

Each driver with a fuel card will now have to pay 15,000 rials (13 US cents) per liter for the first 60 liters of petrol bought each month, said the state-run National Iranian Oil Products Distribution Company.

Each additional liter will be charged at 30,000 rials.

Fuel cards were first introduced in 2007 with a view to reforming the subsidies system and curbing large-scale smuggling.

By Friday night, large crowds had gathered in major cities including Shiraz, Mashhad, Ahwaz and Bandar Abbas as well as in a range of smaller working-class towns. I

The protests turned violent in some parts, according to videos posted on social media showing riot police officers spraying tear gas in one confrontation and smashing vehicle windshields in another. Some of the postings were later deleted.

Like their counterparts in Lebanon and Iraq, the protests in Iran on Friday were set off by economic anxiety, but some quickly assumed an anti-government tone.

Iranians across political factions — both hard-liners and reformists — expressed fury on social media, saying the price increases would only hurt people and create more loopholes for financial corruption.

Some said the timing of the policy change was especially ill-advised, given the popular unrest that has convulsed Lebanon and Iraq.

'We will reclaim our rights but not be oppressed,' chanted hundreds of men and women blocking the road at a sit-in in the southern city of Ahwaz.

In Mashhad, a religiously conservative city in the northeast, people turned off their cars to create traffic jams and shouted, 'Rouhani, shame on you! Let go of the country!'