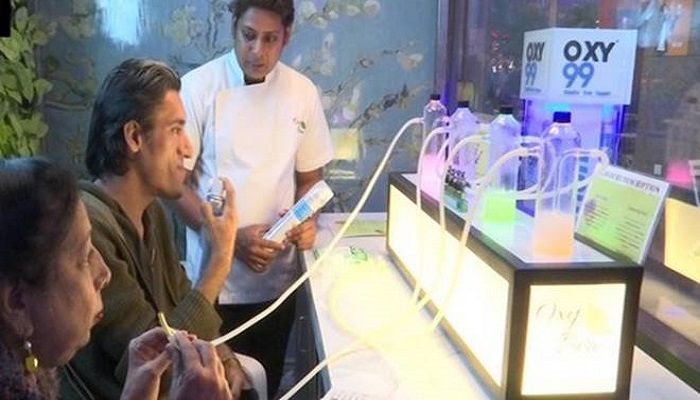 ﻿A bar offering fresh puffs of oxygen is proving to be popular among inhabitants of Indian capital New Delhi as the city has recently seen massive air pollution since a fortnight due to unrestrained crop burning.

According to media reports, the city is plunging into worsening environmental conditions and has forced its occupants to find unconventional ways to breathe fresh air. This has resulted in the sudden popularity of the bar, which had opened in June.

The bar named Oxy Pure is promising a break from the polluted airs of outside, offering 15-minute sessions. One can inhale a cocktail of oxygen in an array of various flavors, starting at a price equivalent in Bangladeshi currency to more than Tk350.