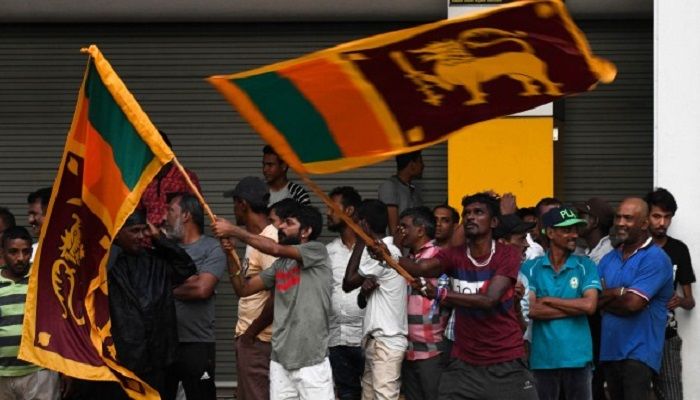 Supporters of the ruling United National Party (UNP) and New Democratic Front (NDF) presidential candidate Sajith Premadasa wave national flags as they mark the close of the country's presidential election, in Colombo on November 16, 2019. Sri Lankans voted on November 16 for a new president in what could mark a comeback for the Rajapaksa clan, lauded by supporters for crushing the Tamil Tigers but condemned by critics for war crimes, corruption and cosying up to China. Photo: AFP

﻿Sri Lanka's former wartime defense secretary Gotabaya Rajapaksa has won the presidency with a clear majority, his spokesman told AFP on Sunday, a day after the polls.

'We got between 53 to 54 percent (of the vote),' Keheliya Rambukwella said as official results showed the 70-year-old heading to victory in Saturday's fiercely contested election.