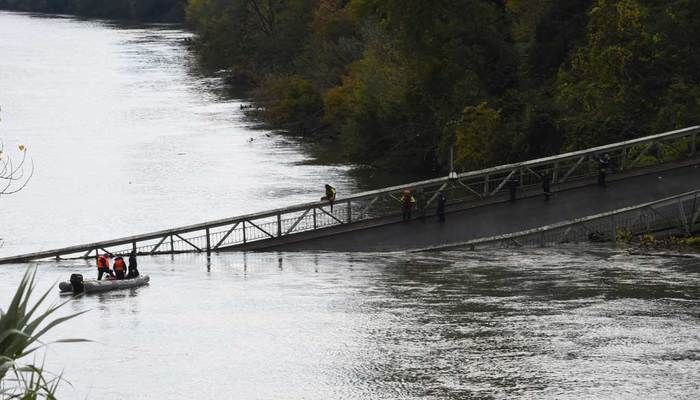 Rescuers sail near a suspension bridge which collapsed in Mirepoix-sur-Tarn, near Toulouse, France on November 18, 2019 | Photo: AFP

A 15-year-old girl was killed after a suspension bridge over a river in southwest France collapsed on Monday, causing a car, a truck and a third vehicle to sink into the water, local authorities said.

Four people were recovered but several others were feared missing after the collapse of the bridge linking the towns of Mirepoix-sur-Tarn and Bessieres, 30km north of the city of Toulouse, said fire service and local security chief Etienne Guyot. 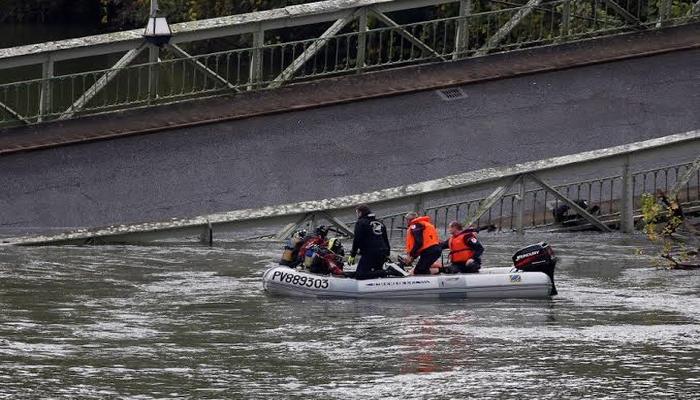 TV images showed a car bonnet sticking out of the fast-flowing waters of the Tarn river and emergency service helicopters circling overhead.

The body of the dead girl was pulled from the water, Toulouse prosecutor Dominique Alzeari said at the scene. Her mother was rescued by bystanders.

Over 60 rescue workers, including divers, and 40 police were taking part in the search for survivors, Guyot told reporters, counting there were "probably several missing."

Among those feared missing was the truck driver and the driver of a potential third vehicle, he said, adding that witnesses had reported seeing a van on the bridge.

The bridge which had a load limit of 19 tonnes, dated to the 1930s, he said, and was "regularly checked."

The mayor of Mirepoix-sur-Tarn Eric Oget explained it as a "very important crossing point" for people going to work in Toulouse on the other side of the river.

Many wayfarers, including schoolgoers, also used the bridge, he said, describing the accident as a "real trauma."