43 Dead in Fire at Factory in Delhi 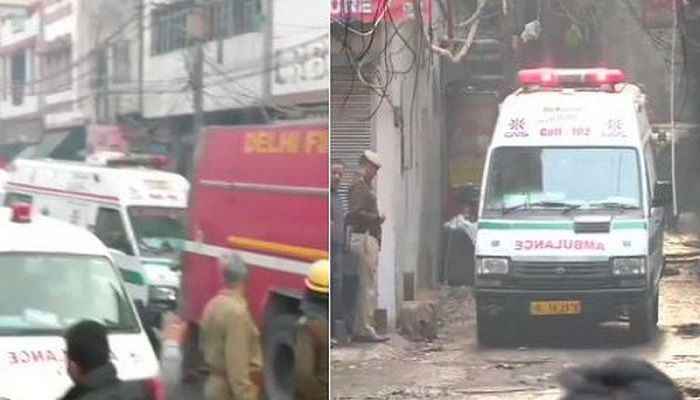 Visual from the spot. Photo: ANI

The cause of the fire is not known, officials said, adding that over 50 people were inside the factory when the fire broke out. Thirty fire trucks are at the site and have taken the situation under control. The fire is suspected to have started at the workshop of the bag manufacturing factory.

The fire broke out in the early hours in the area, whose narrow and congested lanes are lined with many small manufacturing and storage units.

Many people trapped inside were rescued and rushed to RML Hospital and Hindu Rao Hospital, fire officials said.

Prime Minister Narendra Modi in a tweet expressed deep sorrow and condolence to the families of the deceased. Former Madhya Pradesh chief minister Shivraj Singh Chouhan expressed his grief over the incident. "The news of the death of 32 people due to fire in the house near Anaj Mandi situated in Jhansi Road, Delhi is heartwarming. I pray to God to give peace to the departed souls and provide their families with the ability to bear this deep sorrow," Mr Chauhan tweeted.

The traffic police have asked people not to use Rani Jhansi flyover near New Delhi railway station as the road has been closed due to the incident.