Pope Says No to Married Priests 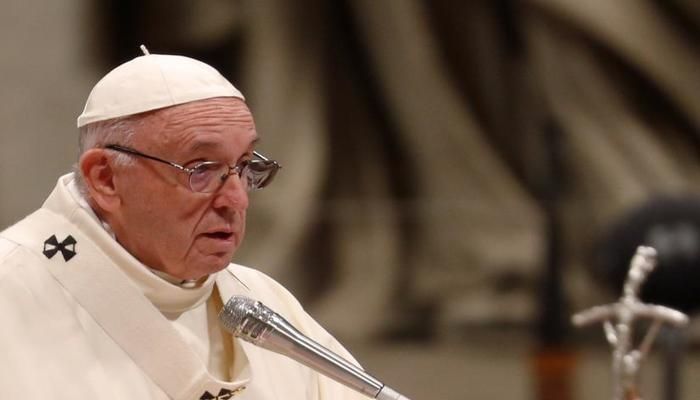 ﻿Catholic communities across the Amazon said they would keep pushing for married men to be allowed to celebrate Mass in the remote rainforest region after a papal decision on Wednesday blocked their path to the priesthood.

In one of the most significant decisions of his papacy, Pope Francis on Wednesday dismissed the proposal designed to ease an acute scarcity of priests in the Amazon, where the Roman Catholic Church faces growing competition from Evangelical Christian faiths.

The proposal, brought forward by Latin American bishops in 2019, had alarmed conservatives in the deeply divided 1.3 billion-member church who worried it could chip away from the priests ' centuries-old commitment to celibacy.

The Argentine pontiff's decision affects isolated communities in Brazil, Peru, Colombia and other countries in the Amazon basin. It places Amazon Catholics in a delicate position, forced to temper their desire for change with religious obedience.

Although some said they were disappointed, many more held out hope the pope could change his mind.

Martín Quijano, a bishop in Pucallpa in the Peruvian Amazon and a participant in the synod of Amazon bishops that proposed allowing married priests, said he had faith the decision was not final.

"The door is still open," he told Reuters. "The pope is asking for reflection. This proposal is still ongoing."

Giuliano Frigeni, the bishop of Parintins, a Brazilian town on the banks of the Amazon river, pledged to fight on, despite the obstacles. "Now we have to roll up our sleeves and work even harder," he said.

Under the synod-formulated proposal, older married deacons with stable families who were proven leaders of remote Catholic communities would have been free to be ordained as priests.

Deacons, like priests, are ordained ministers. They can preach, teach, baptize and run parishes, but they cannot say Mass. Married men can become deacons.

Because only priests can say Mass, people in at least 85% of Amazon villages cannot attend the liturgy every week and some have not done so for years.

Frigeni said he had only managed to ordain 20 priests in his 20-odd years in Parintins, while there is only one bishop in the Brazilian Amazon who hails from the region.

He added his deacons were severely overworked. On Saturdays and Sundays, they would spend up to 11 hours in canoes traveling to preach in remote riverside communities. But despite those efforts, he said their top priority would always be to their families, rather than the Church.

"We need bishops and priests from here," Frigeni said.

Alfredo Ferro, a Jesuit priest in Leticia, the capital of Colombia's Amazonas province, said he believed that sooner or later a more progressive policy would emerge.

"The Church is a little slow, it's not easy to move. It's like an elephant," he said.