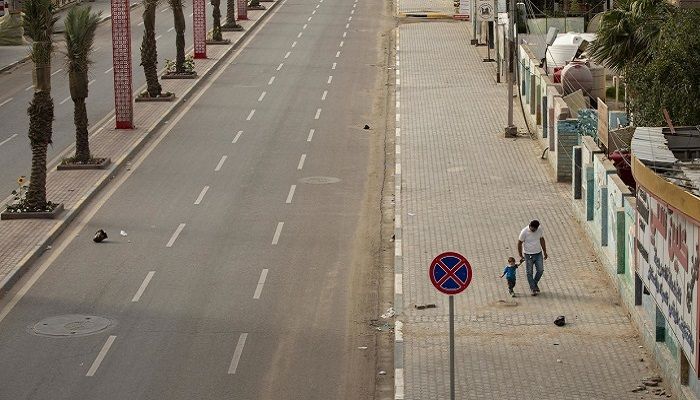 The Iraqi government on Thursday extended the ongoing countrywide lockdown it imposed in response to the coronavirus pandemic until April 11.

Schools, universities, shopping centers and other large gathering places will remain closed along with the country's international airports.

Authorities have confirmed that at least 29 Iraqis have died from COVID-19 so far while nearly 350 others have contracted the disease.

But there are fears the real number is much higher, as only around 2,000 of Iraq's 40 million people have been tested.

A spike in cases could overwhelm the country's dilapidated health system, ravaged by years of conflict and underinvestment.

One of Iraq's first precautionary measures was to close its 1,500-kilometre (940-mile) land border with Iran late last month.

The Islamic republic is one of the world's worst-hit countries, with more than 27,000 confirmed infections and more than 2,000 deaths.

Iraq has since ramped up its measures against the virus, with individual provinces imposing curfews before the government last week announced a countrywide lockdown.

Last Saturday, tens of thousands of Shiite pilgrims turned out in Baghdad and cities across the south to commemorate the death of a revered imam.

The curfew extension was an attempt to dissuade the faithful from turning out in large numbers again on the next Shiite holy day, set for April 8.

Iraq has shuttered Shiite shrines across the country and its top Shiite cleric, Grand Ayatollah Ali Sistani, has urged followers to respect the government's directives.