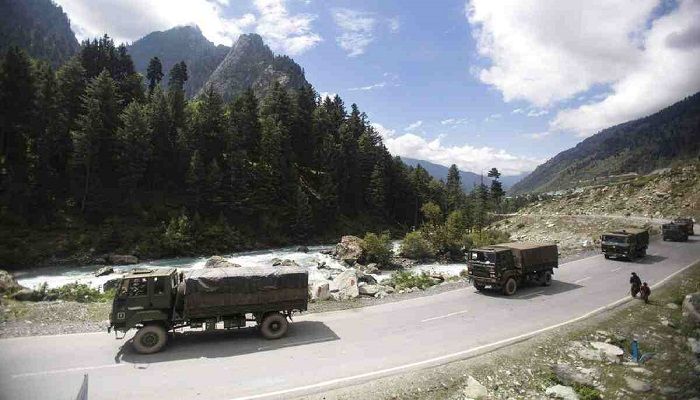 ﻿Defense ministers of India and China have met in the Russian capital to try to solve rising tensions along their disputed border in the eastern Ladakh region, reports AP.

He didn't give any details about the outcome of the first direct high-level contact between the two sides in the months-long standoff.

The ministers met on the sidelines of a meeting of the defense chiefs of the Shanghai Cooperation Organisation.

In his address, Singh said, "Peace  and security in the region demands a climate of trust, non-aggression, peaceful resolution of differences and respect for international rules.”

Troops on both sides are aggressively deployed in the Karakorum mountains in the Ladakh region.

The two Asian giants share thousands of kilometers (miles) of the disputed borders. Both have accused the other of fresh provocations, including allegations of soldiers crossing into each other's territory this week and vowed to protect their territorial integrity.

Earlier this week, India said its soldiers had thwarted ''provocative'' movements by China's military over the last weekend. In turn, China's Defense Ministry accused Indian troops of crossing established lines of control and creating provocations along the disputed border.

The Line of Actual Control, the disputed and undemarcated 3,500-kilometer (2,175-mile) border between India and China, stretches from the Ladakh region in the north to the Indian state of Sikkim.

The standoff is over disputed portions of a pristine landscape that boasts the world's highest landing strip, a glacier that feeds one of the largest irrigation systems in the world, and is a critical link in China’s massive Belt and Road infrastructure project.