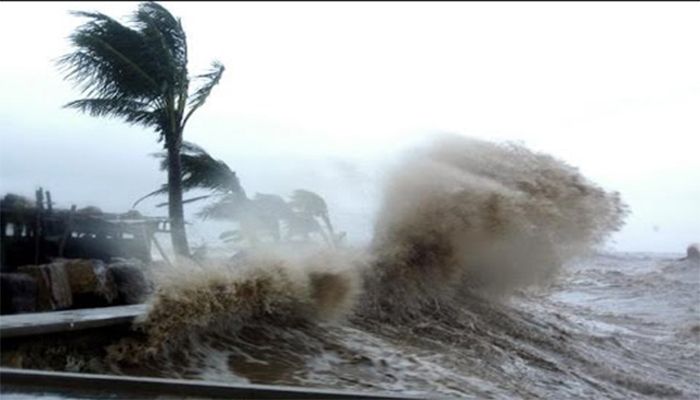 A powerful typhoon headed south of Japan on Sunday, carrying violent winds and heavy rains, with officials warning that it could be strong enough to snap power poles and overturn vehicles.

Typhoon Haishen, labeled as "big" and "extremely strong," was expected to pass through the Amami area of the small islands near Kyushu, which separate the Pacific Ocean and the East China Sea in the afternoon.

According to the Japan Meteorological Agency, the storm was expected to head north and fly off the western coast of Kyushu — one of Japan's major islands — from evening to early Monday before hitting South Korea.

As soon as the storm nears the populated islands, its violent winds may be strong enough to snap power poles and overturn vehicles, the meteorologists said.

According to the Fire and Disaster Management Department, more than 200,000 residents of Kyushu were told early Sunday to seek protection in shelters.

Instead of going to designated local schools and community centers, some people have opted to seek protection at local hotels to try to minimize the risk of coronavirus infections in crowded public shelters, according to local reports.

According to the national broadcaster NHK, the storm prompted the cancelation of 528 flights.

Toyota said that it would suspend operations at three plants in Kyushu until Monday night, while other firms, including Canon and Mitsubishi Electric, reportedly intended to take similar steps.

Haishen also forced the Japanese coast guard to stop looking for hundreds of missing sailors from a cargo ship that had sunk in a separate storm, after two crew members had been rescued.

Gulf Livestock 1, carrying 6,000 cows and 43 crew, made a distress call Wednesday near Amami Oshima as Typhoon Maysak passed through the city.

But patrol ships remained in the sea so that the search could resume after Haishen left the area, the duty officer told AFP.