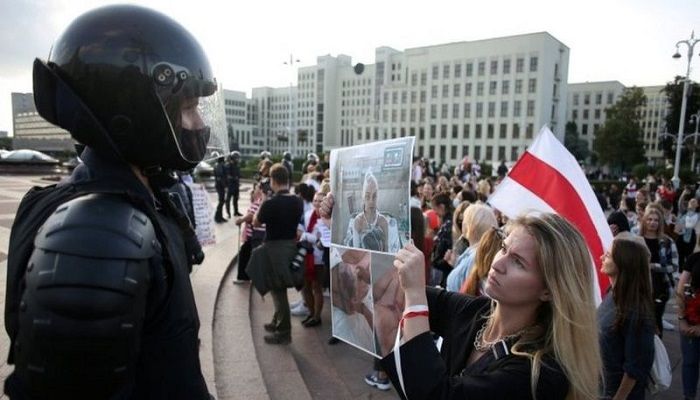 ﻿Large protests are expected to be held again in Belarus calling for long-time President Alexander Lukashenko to step down as a crackdown intensifies.

On Saturday, security agents in the capital Minsk detained dozens of people, mostly students, in the fourth weekend of protests.

Mr Lukashenko, in power since 1994, has accused Western nations of interfering.