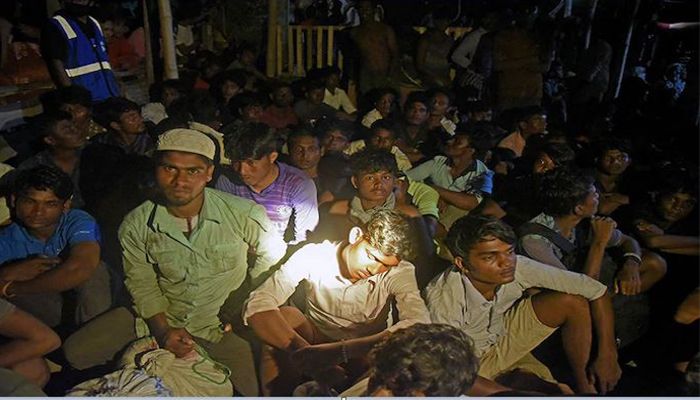 ﻿Nearly 300 Rohingya Muslims were found on a beach in the Aceh province of Indonesia on Monday, and were rescued by volunteers from the military, police and Red Cross, authorities said.

The group arrived from one boat at Ujong Blang beach, and the local residents registered. After landing, the arriving officers noticed the party had separated into three groups, Military Commander Roni Mahendra of the subdistrict Banda Sakti said, reports AP.

“We persuaded them and asked the local residents to help until they gathered again,” Mahendra said

The 181 women, 100 men and 14 children received shelter and support from residents, local police officers and military and health care providers.

“Now we are still waiting for further instruction from our supervisors,” Mahendra said.

Because of a military crackdown, hundreds of thousands of Rohingya Muslims have fled Buddhist-majority Myanmar and many live in densely crowded Bangladeshi refugee camps. The fear of many of Rohingya's rights activists has gone into the sea, fleeing continuing repression in Myanmar and misery in Bangladesh camps where smugglers can give refugees a better life abroad.