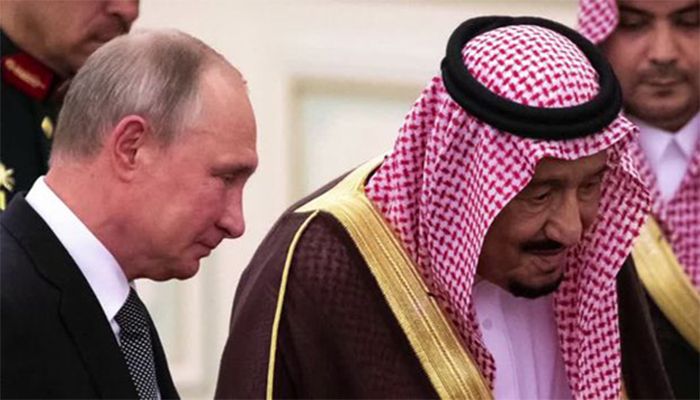 In early August, Russia said it had developed the world's first virus vaccine and claimed 20 countries, including Saudi Arabia, had pre-ordered more than a billion doses, reports AFP.

Russia's sovereign wealth fund provided much of the money, and it listed Saudi Arabia as one of the vaccine-interested countries.

On Monday, Putin and Salman addressed "collective efforts to overcome the negative impact of the coronavirus pandemic," a statement from the Kremlin said, while noting that the call had come at the initiative of the Saudi king.

“Particular attention was paid to the perspective of joint production of a vaccine that was developed by Russia,” the statement added.

Crude prices have plummeted in the past week as traders deem long-term demand outlook due to the virus pandemic fallout.