China Will Give 110,000 Free Vaccine Doses to Bangladesh 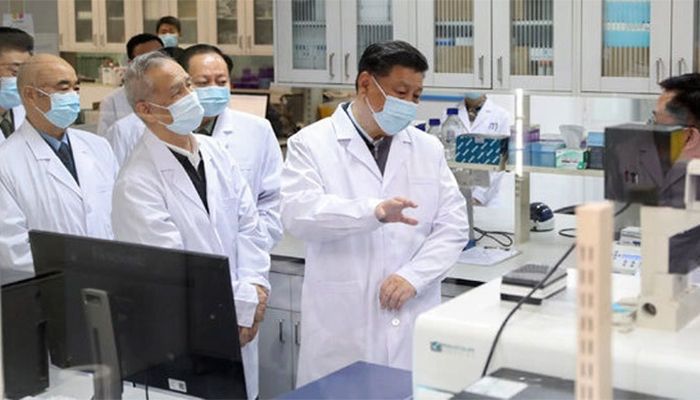 A Chinese coronavirus vaccine will be made available to the Philippines easily. The nations of Latin America and the Caribbean will obtain $1 billion in loans to buy the drug. Bangladesh will get more than 100,000 doses free from a Chinese company.

Never mind that most likely China is still months away from mass producing a vaccine that is safe for public use. The country is using the prospect of discovery of the drug in a charm offensive aimed at restoring broken relations and getting closer friends in regions that China considers important to its interests. Mr. Xi hailed the two countries’ cooperation on developing a vaccine as “a new bright spot” in relations, according to a statement from China’s Foreign Ministry. “Together, China and Indonesia will continue to stand in solidarity against Covid-19,” he promised.

As well as earlier shipments of masks and ventilators around the world, China's vaccine commitments help it project itself as a responsible actor as the US retreats from global leadership. Beijing 's efforts may also help it repel allegations that the ruling Communist Party should be kept responsible for its initial missteps when the coronavirus first appeared in Decembe in China

Establishing and supplying vaccines to developing countries will also be a strong indicator for China's emergence as a scientific pioneer in a new global post-pandemic order.

“People are very willing to take a Chinese vaccine,” said Ghazala Parveen, a senior official at the National Institute of Health in Pakistan, where two Chinese vaccine makers are conducting trials. “In fact, we are being asked by people to have the vaccine ready as soon as possible.”

China is leading the global search for a Covid-19 vaccine by several measurements. It has four candidates, more than any other country, in the final phase of clinical trials. In late-stage trials, the United States has three vaccine candidates, with Pfizer suggesting it could apply for emergency approval as early as October and Moderna suggesting it is aiming to get a vaccine by the end of the year. AstraZeneca, a British-Swedish company that received U.S. government funding to develop its vaccine, paused its late-stage global trials this week because of a serious suspected adverse reaction in a participant.

China has approved at least two experimental vaccines under a program of emergency use, which began in July with soldiers and employees of state-owned companies and has gradually grown to include health care and aviation personnel. The vaccine manufacturers have developed factories that can deliver hundreds of thousands of doses.

Mr. Xi has announced that China will make vaccines produced domestically a global public good, although his government has given few specifics.

China's commitment to global health has long been regarded as an opportunity to develop its soft power.

“The government definitely would like to see that China is successful in producing a good vaccine and that many countries want it,” said Jennifer Huang Bouey, an epidemiologist and China expert at the RAND Corporation. “It’s beneficial for its diplomacy and changing the narrative on Covid.”

But Chinese vaccine companies that have gone abroad to perform clinical trials have created controversy among fears of being treated like guinea pigs to local residents. And with so much of the coronavirus still uncertain, the vaccines could only make it fail to the final stage of the trials.

Given the confusion, Beijing has trustfully advanced its prospective vaccines, using them to help smooth out frictions.

Premier Li Keqiang met with officials from Thailand, Laos, Cambodia and Vietnam last month to dampen criticism that China had led to a crippling drought in the nations of Southeast Asia. He also gave Chinese vaccinations — a well-received proposition.

In a speech during the same summit, Prime Minister Hun Sen of Cambodia, a staunch supporter of China, singled out Beijing for praise, saying he “would like to give a high appreciation of efforts of our friend China in producing a vaccine.”

In the Philippines, where China competes for power with the United States, in July, President Rodrigo Duterte told lawmakers he had made a plea to Mr. Xi for help with vaccinations. He also said that he will not challenge China about its South China Sea claims.

A day later, Chinese Foreign Ministry spokesperson Wang Wenbin said China was willing to give the Philippines priority access to a vaccine.

Similar offers were made by Chinese leaders to countries in Africa , Latin America, the Caribbean, the Middle East , and South Asia — regions where Beijing wanted to grow.

“We pledge that once the development and deployment of the Covid-19 vaccine is completed in China, African countries will be among the first to benefit,” Mr. Xi told a meeting of African leaders in June. The Chinese foreign minister, Wang Yi, promised in July that China would extend $1 billion in loans for vaccines to Latin American and Caribbean countries, according to the government of Mexico.

For all its talk of providing vaccines as a public good, China seems determined to do so only on its own terms. It has been reticent on whether it plans to join Covax, a World Health Organization-backed mechanism that aims to help countries distribute a coronavirus vaccine equitably. (The Trump administration has flat-out rejected the initiative.)

“In fact, we have already cooperated with some countries,” Hua Chunying, a spokeswoman for China’s Foreign Ministry, told reporters last week. “China always keeps its word.”

If China wins the race for a vaccine, it will owe its success to some of those countries, which have played an important role in providing human test subjects to Chinese vaccine makers.

As the outbreak at home has been under control for months, Chinese drugmakers have taken their research abroad.

Sinovac Biotech, a Beijing-based vaccine manufacturer, is testing its vaccine in Bangladesh on 4,200 health care workers in Dhaka, the capital. According to Dr. John D. Clemens, executive director of the Bangladesh International Center for Diarrhoeal Disease Research, which helps to perform the trials, the Chinese company has agreed to provide over 110,000 free vaccine doses to the region.

That is a tiny fraction of the 170 million residents of Bangladesh, one of Asia’s poorest countries. And despite their participation in the Chinese clinical trials, Bangladeshis fear that the vaccines that result may be priced out of the reach of most of the country’s citizens.

“If any person in the world gets deprived of their right to a Covid-19 vaccine because of patent rights and profitability, this would be the biggest injustice in this century,” said Md. Sayedur Rahman, a professor of pharmacology at Bangabandhu Sheikh Mujib Medical University in Dhaka.

The Foreign Ministry in Beijing has emphasized that China will not seek to establish a monopoly on vaccine supply. State news media reports have also rejected accusations that China is using vaccines as a diplomatic tool, while government-backed academics assert that the provision of vaccines is altruistic.

“There will certainly be no strings attached,” said Ruan Zongze, executive vice president of the China Institute of International Studies. “Since it is going to be a global public good, adding any conditions would arouse suspicion from the other party.”

But in countries , China is already drawing alarm about the receiving end of its openings, as well as from regional forces that see Beijing as threatening their spheres of influence.

In Nepal, where China wants to perform clinical trials in a cement company on 500 employees, politicians have raised concerns about the safety of the vaccines and the lack of transparency.

“Shouldn’t we be assured about its side effects?” Prakash Sharan Mahat, a former foreign minister of Nepal and a leader of the country’s main opposition party, Nepali Congress, said in an interview.

India, which is wary of the intentions of Beijing in South Asia, has responded to China's vaccine offerings for Bangladesh and Nepal with its own pledges to vaccinate its allies.

Some countries may have few alternatives compared with China.

Indonesia has launched a last-stage clinical trial on 1,620 volunteers for Sinovac, and has signed an agreement with the Chinese company for 50 million doses of Covid-19 vaccine concentrate that would allow a state-owned Indonesian vaccine maker, PT Bio Farma, to produce local doses.

Some political experts in Indonesia worry about the leverage that China would wield over the country, but they acknowledge that Indonesia has little choice.

“Should we be suspicious, or should we be grateful?” asked Muhammad Zulfikar Rakhmat, an academic at Universitas Islam Indonesia, who researches China’s foreign policy in Indonesia.