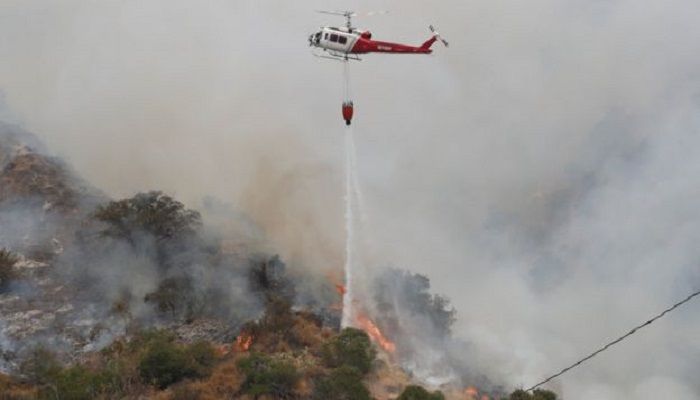 Six of the 20 largest fires on record in California have all occurred this year. Photo: Colected

﻿President Trump has dismissed concerns over climate change on a visit to fire-ravaged California, telling an official there it would "start getting cooler".

He told an event in Delaware that four more years of his opponent in the White House would see "more of America ablaze".

During his visit to the US West Coast, Trump repeated his argument that poor forest management was to blame as he met Californian officials involved in the battle against the wildfires at a stop near Sacramento, in the center of the state.