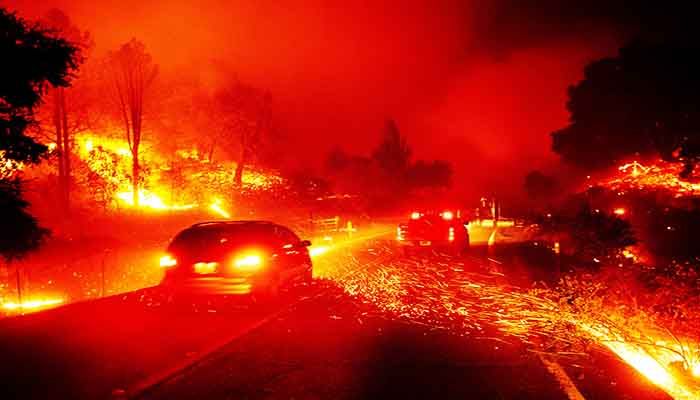 State Governor Gavin Newsom came up with the information on Wednesday, reports Xinhua.

The California Department of Forestry and Fire Protection (Cal Fire) and the US Forest Service continue to battle the blaze, aided by crews from Montana, Utah, Texas and New Jersey.

The August Complex Fire in Mendocino County, the state's largest-ever, continued growing Wednesday. It has burned through 796,651 acres (about 3,224 sq km) with 30 percent containment.

The Creek Fire, held at 220,025 acres (about 890 square km) in Fresno and Madera counties, was 18 percent contained Wednesday morning.

According to the Copernicus Atmosphere Monitoring Service, a European Commission science agency, smoke from the deadly wildfires in US west coastal California, Oregon and Washington will go across the Atlantic Ocean to affect the atmosphere above Europe by this weekend, the San Francisco Chronicle reported on Wednesday.