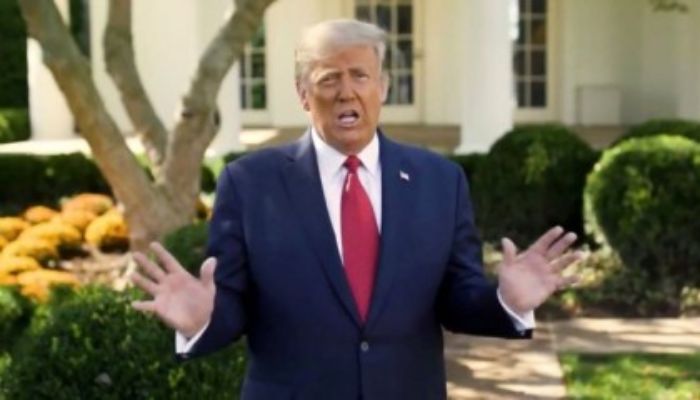 ﻿US President Donald Trump has completed his course of treatment for Covid-19 and can return to public engagements this weekend, his physician has said.

Dr Sean Conley said the president had responded "extremely well" to medication and had "remained stable".

Mr Trump earlier pulled out of next Thursday's TV debate with Democratic rival Joe Biden after organisers said it would have to be a virtual event, BBC reported.

The move sparked a row about how and when further debates would take place.

In a memo released by the White House on Thursday evening, Dr Conley said Mr Trump was displaying no signs "to suggest progression of illness".

"Saturday will be day 10 since [last] Thursday's diagnosis, and based on the trajectory of advanced diagnostics the team has been conducting, I fully anticipate the president's safe return to public engagements at that time," the memo added.

Earlier, Dr Conley said that if the president's condition remained the same or improved throughout the weekend and into Monday, "we will all take that final, deep sigh of relief".

What about the presidential debates?

On Thursday, the commission organising the second presidential debate in Miami on 15 October said it would have to take place remotely because Mr Trump had tested positive for coronavirus.