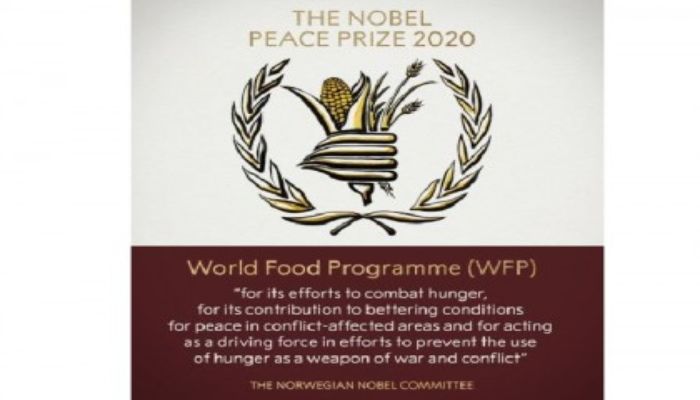 ﻿The Nobel Peace Prize has been awarded to the World Food Programme (WFP) for its efforts to fight hunger and bettering conditions for peace in regions in conflict, the committee has announced.

The announcement was made Friday in Oslo by Berit Reiss-Andersen, the chair of the Nobel Committee.

The prestigious award was won by the organisation for “its efforts to combat hunger, for its contribution to bettering conditions for peace in conflict-affected areas and for acting as a driving force in efforts to prevent the use of hunger as a weapon of war and conflict”, the committee said.