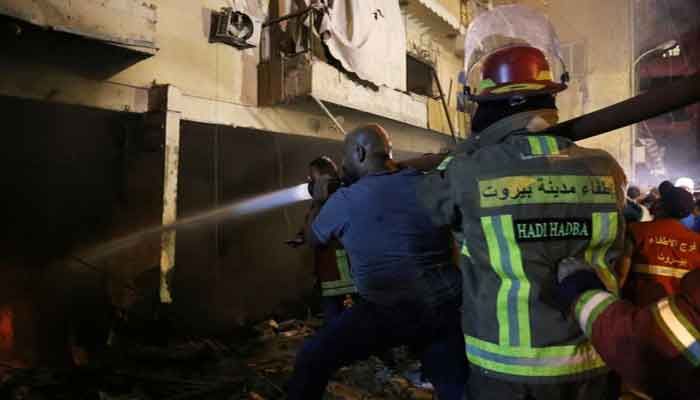 When a fuel tank exploded in a Beirut building on Friday, four people were killed and dozens others were injured, the Lebanese Red Cross said.

In the Tariq al-Jadida neighborhood, the explosion caused a large fire to break out in the house, a security source said, reports Reuters.

One individual was seriously injured, while the Red Cross and a hospital source said that several people were treated for smoke inhalation.