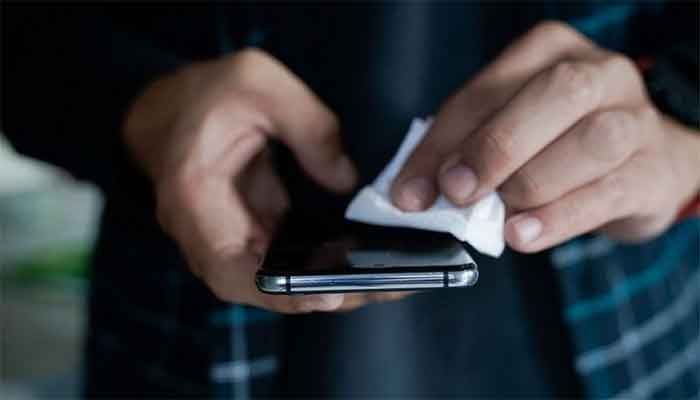 ﻿On surfaces such as banknotes, phone screens and stainless steel, the virus responsible for Covid-19 will remain infectious for 28 days, researchers say.

SARS-Cov-2 can live on surfaces for much longer than previously believed, according to the findings of Australia's national science agency, BBC reports.

Some scholars, however, have cast doubt on the actual danger posed in real life by surface transmission.

When individuals cough, sneeze or chat, the virus is most widely transmitted.

Previous laboratory studies have shown that on bank notes and glass, SARS-Cov-2 can live for two to three days and on plastic and stainless steel for up to six days, although results differ.

The Australian agency CSIRO 's new research found that the virus was "highly stable," living for 28 days on smooth surfaces such as glass found on cell phone screens and both plastic and paper banknotes, while held at room temperature at 20C (68F).

In comparison, the flu virus can survive in the same circumstances for 17 days.

The experiments were carried out in the dark, as UV light has already been shown to kill the virus.

"Establishing how long the virus really remains viable on surfaces enables us to more accurately predict and mitigate its spread, and do a better job of protecting our people," said CSIRO chief executive Dr Larry Marshall.

However, Prof Ron Eccles, former director Common Cold Centre at Cardiff University, criticised the study and said the suggestion that the virus could survive for 28 days was causing "unnecessary fear in the public".

"Viruses are spread on surfaces from mucus in coughs and sneezes and dirty fingers and this study did not use fresh human mucus as a vehicle to spread the virus," Prof Eccles said.

Fresh mucus is a hostile environment for viruses as it contains lots of white cells that produce enzymes to destroy viruses and can also contain antibodies and other chemicals to neutralise viruses.

"In my opinion infectious viruses will only persist for hours in mucus on surfaces rather than days."

Last week Monica Gandhi, a professor of medicine at the University of California, said the coronavirus did not spread via surfaces.

"It's not through surfaces," she told Nautilus magazine.

"There was a lot of fear at the beginning of the pandemic about fomite transmission. We now know the root of the spread is not from touching surfaces and touching your eye. It's from being close to someone spewing virus from their nose and mouth, without in most cases knowing they are doing so."

The CSIRO research , published in the Virology Journal, found that the virus lived at hotter temperatures for less time; on some surfaces, it stopped being infectious at 40C within 24 hours.

It also remained longer on smooth, non-porous surfaces than on porous materials such as fabric, which after 14 days had not been found to bear any infectious virus.

The authors of the study said SARS-Cov-2's ability to survive on stainless steel at cooler temperatures could explain Covid-19 outbreaks at meat processing and cold storage facilities.

In meat processing plants and abattoirs around the world, thousands of employees have tested positive.

Close working conditions, cold and humid weather and the need to yell over loud machines are other factors previously suggested.

The CSIRO researchers also say their results support previous research that shows that fresh and frozen food can withstand the virus.

The World Health Organization says: "There is currently no confirmed case of Covid-19 transmitted through food or food packaging." But it does list a number of precautions you can take to avoid cross-contamination.