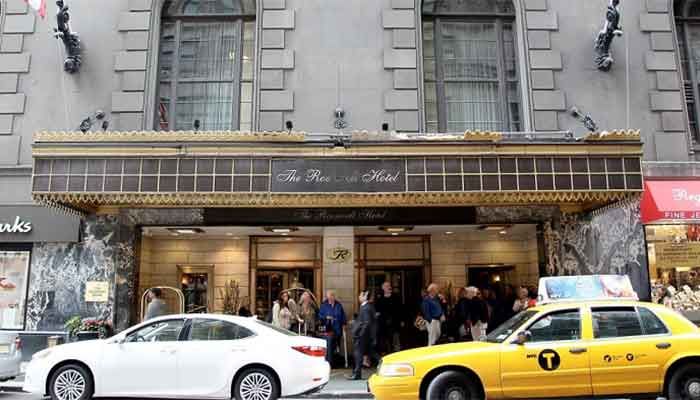 ﻿The Roosevelt Hotel has been a witness to history since 1924.

The New York City landmark was Gov. Thomas Dewey's election headquarters when he wrongly declared in the 1948 presidential election that he had defeated Harry Truman. For movies such as "The Irishman," it has acted as the backdrop and it helped launch a tradition of New Year's Eve.

The hotel boasts sleek architecture and is a fixture of the Manhattan skyline and is minutes away from Times Square and Grand Central Terminal, reports CNN.

But now, the Roosevelt Hotel is no longer going to witness pictures of motion or moments in history.

This year, the hotel will close its doors permanently, a spokesperson told CNN in a statement.

The Roosevelt Hotel, owned by Pakistan International Airlines, cited the coronavirus pandemic and the ensuing drop in business as the principal reasons it will cease operations.

"Due to the current, unprecedented environment and the continued uncertain impact from COVID-19, the owners of The Roosevelt Hotel have made the difficult decision to close the hotel and the associates were notified this week," the statement read. "The iconic hotel, along with most of New York City, has experienced very low demand and as a result the hotel will cease operations before the end of the year. There are currently no plans for the building beyond the scheduled closing."

The coronavirus has devastated the hospitality industry, prompting drastic measures to survive in many hotels around the world. Occupancy rates have hit new levels and many workers have been furloughed or laid off in the business.

In April, the US leisure and hospitality industry lost 7.5 million jobs, according to the Bureau of Labor Statistics, and since then, only about half of those jobs have been reinstated.