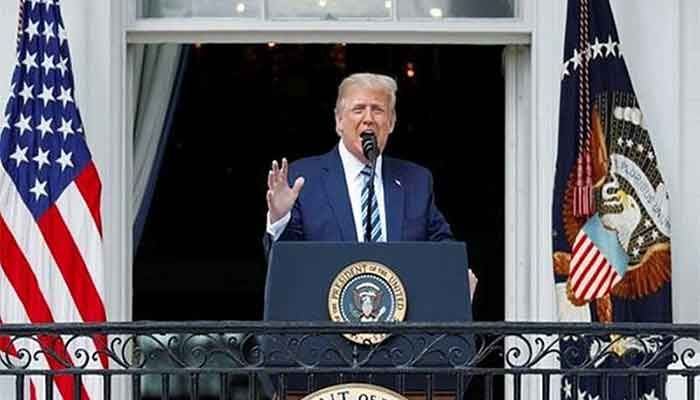 ﻿Using a rapid test, Donald Trump has been found negative for Covid-19, his White House doctor said Monday, 10 days after the president announced he had contracted the potentially deadly disease.

“I can share with you that he tested negative, on consecutive days, using the Abbot BinaxNOW antigen card,” Sean Conley said in a memo released to the public, reports AFP.

The doctor said a number of measurements had been taken into account for the negative determination, and not just the rapid test alone.

Antigen testing is less sensitive to low levels of the virus than the more traditional PCR diagnostic test.

"Nevertheless, Conley, who does not specify the days on which the tests were carried out, added that the details helped the medical team to conclude that" the president is not contagious to anyone.

While the president was on board Air Force One en route to Florida for a campaign rally, this short statement was released.