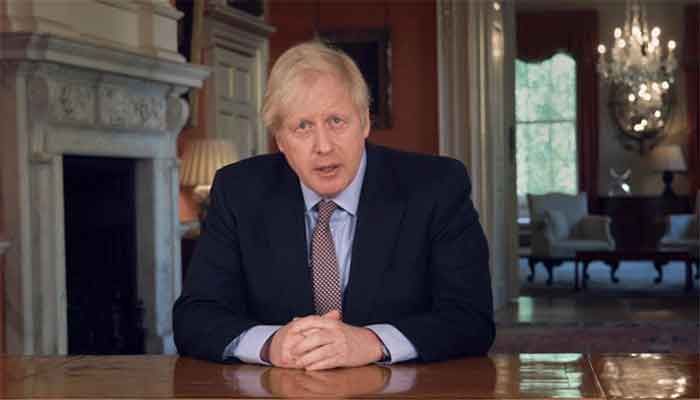 ﻿British Prime Minister Boris Johnson set out on Monday the specifics of a new graded three-tier Covid-19 warning system, which will categorize localized lockdowns across England as "low, high or very high" based on their coronavirus transmission rate.

A very high level of alarm would apply where transmission rates are increasing "most rapidly," with social mixing prohibited indoors and outdoors and forced closure of pubs and other hospitality businesses, reports NDTV.

Addressing Parliament, Johnson said that the new categories are intended to "simplify and standardise" all the different locking rules already in place.

The new regulations will be addressed by Members of Parliament in the House of Commons on Tuesday before they come into effect on Wednesday, with a review of the framework in a month's time.

"This is not how we want to live our lives, but this is the narrow path we have to take between the social and economic trauma of a complete lockdown and the massive human and indeed economic cost of an uncontained epidemic," Johnson told Members of Parliament.

"I must warn the House that the weeks and months ahead will continue to be challenging and will test the resilience of this government. I have no doubt that together we will succeed," he said.

The Medium Warning Level or Tier 1 is the lowest level of warning that will cover much of the country and will include the new national locking steps of the "Six Law" for gatherings and shutdowns in the hospitality sector at 10 p.m.

Tier 2 or the high level of warning will involve restrictions already in place in certain local areas with tighter bans on indoor mixing but outdoor mixing permitted under the six-number law.

The "very high alert level" or Tier 3 will apply where the state-funded National Health Service ( NHS) could soon be under "unbearable pressure" without further restrictions, with Merseyside, including Liverpool, falling to this highest level.

In addition, Nottinghamshire, East and West Cheshire, and a small region of the High Peak, will also move into that zone, following an increase in the number of cases in those areas.

"We want to develop the most possible local support behind this more serious local action, so in each region we will consult with local authority representatives on additional steps that need to be taken, which may lead to more restrictions on the hospitality, leisure , entertainment and personal care industries, but retail, schools and universities will remain accessible," said Johnson.

"I believe that not responding will be unforgivable, so I hope that rapid progress can be made in the coming days," he said in an appeal to local leaders to support the new government lock-down strategy.

His appeal came when the opposition Labor leader, Sir Kier Starmer, said he was "deeply suspicious" that the government had a plan to contain the virus and restore public confidence and called on Johnson to stop "flip floating."

The criticism came as there is growing discontent within the hospitality sector about the forced closures, with the Night Time Industries Association (NTIA) issuing a warning of legal action against the government.

"The industry has been left with no other choice but to legally challenge the government's so-called" common sense "approach to enforcing more restrictions across northern England," said Michael Kill, CEO of NTIA, which represents thousands of UK pubs , bars and other hospitality businesses.

"These new measures will have a catastrophic impact on late night businesses, and are exacerbated further by an insufficient financial support package presented by the Chancellor in an attempt to sustain businesses through this period," he said.

Meanwhile, the daily coronavirus figures released by the UK government shows an additional 13,972 confirmed cases on Monday and a further 50 people had died with Covid-19, after testing positive within the last 28 days.