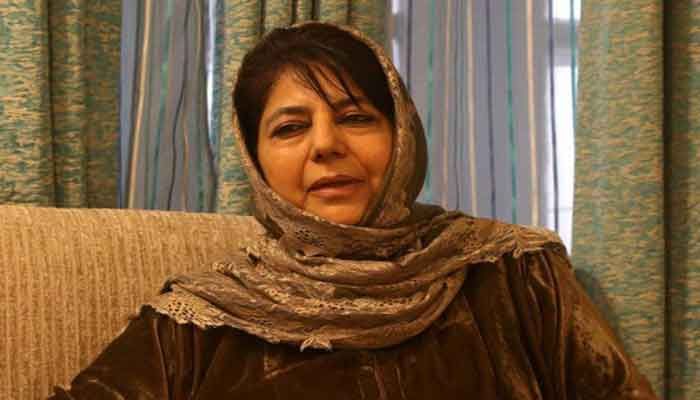 Mehbooba Mufti, former Chief Minister of State, was released late Tuesday, government spokesperson Rohit Kansal said on Twitter. He did not offer a reason to release her, reports Reuters.

According to a government order released by Reuters, Mufti's detention under the Public Safety Act , which provides for detention without trial for up to two years, has been revoked with immediate effect.

Prime Minister Narendra Modi 's government said at the time that an end to Kashmir's special status was necessary for the closer integration of the Muslim-majority territory into the rest of India.

The government enforced a blackout of contact with cell phones , internet connections and landlines and arrested hundreds of people, including Mufti, to prevent large-scale protests from erupting over Kashmir's loss of autonomy.

Top politicians Farooq Abdullah and his son Omar Abdullah, both former Chief Minister of State, were released earlier this year.

Mufti 's daughter filed a habeas corpus petition in the Supreme Court of Canada challenging her mother's detention under the Public Safety Act. The case is set to come to the hearing on Thursday.