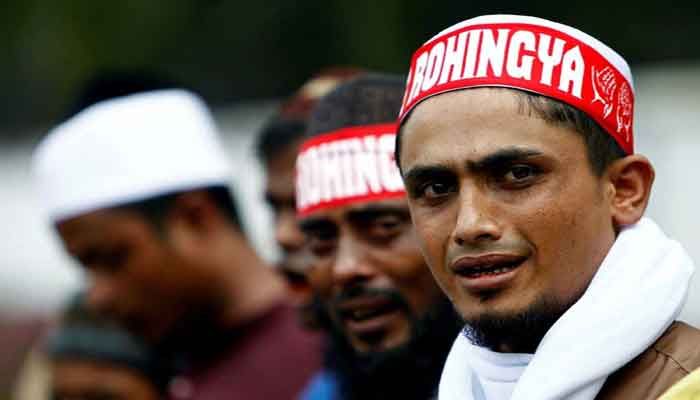 A wave of hate speech and misinformation directed at Rohingya Muslim refugees from Myanmar started appearing on Facebook as coronavirus infections surged in Malaysia this year.

But six months later, many posts targeting the Rohingya in Malaysia remain on the platform, including pages such as "Anti Rohingya Club" and "Foreigners Mar Malaysia's Image", although those two pages were removed after Reuters flagged them to Facebook recently.

Comments still online in one private group with nearly 100,000 members included "Hope they all die, this cursed pig ethnic group".

In 2018, Facebook admitted that its site was used to encourage violence against the Rohingya in Myanmar and invested more than $3.7 billion on its site last year on safety and security.

But the rise of anti-Rohingya commentary in Malaysia demonstrates how xenophobic speech nevertheless persists.

"Assertions that Facebook is uncommitted to addressing safety and security are inaccurate and do not reflect the significant investment we've made to address harmful content on our platform," a company spokeswoman told Reuters.

Reuters found some of the strongest comments in closed private groups, which people have to ask to join. Such groups have been a hotbed for hate speech and misinformation in other parts of the world.

Facebook removed 12 of the 36 pages and groups flagged by Reuters, and several posts. Five other pages with anti-migrant content seen by Reuters in the last month were removed before Reuters queries.

Some of the pages that remain online contain comments comparing Rohingya to dogs and parasites. Some disclosed where Rohingya had been spotted and encouraged authorities and the public to take action against them.

"This kind of hate speech can lead to physical violence and persecution of a whole group. We saw this in Myanmar," said John Quinley, senior human rights specialist at Fortify Rights, an independent group focused on Southeast Asia.

"It would be irresponsible to not actively take down anti-refugee and anti-Rohingya Facebook groups and pages."

Muslim-majority Malaysia was long friendly to the Rohingya, a minority fleeing persecution in largely Buddhist Myanmar, and more than 100,000 Rohingya refugees live in Malaysia, even though it doesn't officially recognise them as refugees.

But sentiment turned in April, with the Rohingya being accused of spreading the coronavirus. Hate speech circulated widely, including on Facebook – a platform used by nearly 70% of Malaysia's 32 million people.

"Malaysians who have lived with Rohingya refugees for years have started calling the cops on us, some have lost jobs. We are in fear all the time," said Abu, a Rohingya refugee who did not want to give his full name fearing repercussions.

Another refugee who declined to be identified said he deactivated his Facebook account after his details were posted and Malaysians messaged him telling him to go back to Myanmar - from where he fled five years ago.

"Facebook has failed, they don't understand how dangerous such comments can be," he said, referring to posts he had seen supporting action in Myanmar against Rohingya.

Rights groups said the government of Prime Minister Muhyiddin Yassin had failed to do enough to curb xenophobia as it rounded up thousands of undocumented migrants and said it would no longer accept Rohingya refugees.

"The Malaysian government was completely absent from any sort of effort to try to curtail this wave of hate speech," said Human Rights Watch deputy Asia director Phil Robertson.

Muhyiddin's office did not respond to requests for comment.

"Let us not suffer the cancer of this ethnic (group)," administrators of a group called "Friends of Immigration" posted. The group says it is run by current and former immigration officials.

Among the earliest posts to draw comments calling for Rohingya to be shot was one from the Malaysian Armed Forces Headquarters asking the public to be its "ears and eyes" and report undocumented migrants. A military spokesman confirmed the authenticity of the page.

Another post that was shared more than 26,000 times was from a page calling itself the Military Royal Intelligence Corps that said undocumented migrants "will bring problems to all of us".

Reuters was unable to contact the administrator of the page. The military said it had nothing to do with the page and it was run by a former member of the intelligence unit.

Facebook removed both posts after Reuters queries. The Intelligence Corps page was also taken down.