Thai PM Vows to Stay On As Protesters Defy His Ban 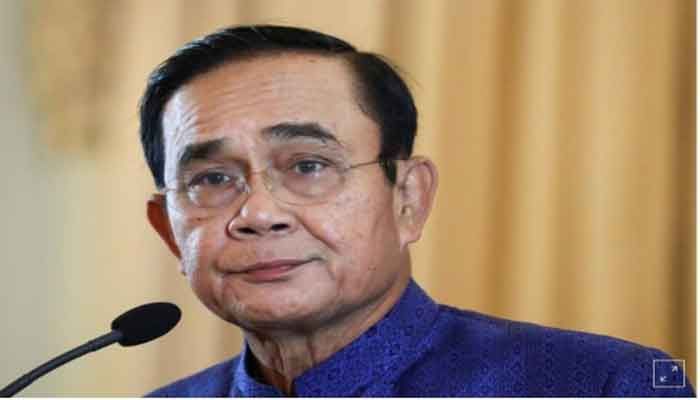 Thai Prime Minister Prayuth Chan-ocha said today he was not quitting after tens of thousands of anti-government protesters defied a ban on demonstrations and he warned them not to persist.

After nearly three months of demonstrations that called for a reduction in the powers of King Maha Vajiralongkorn's monarchy as well as the abolition of Prayuth, the ban on gatherings of more than five people was enforced early on Thursday, reports Reuters.

Protesters defied the ban and staged one of the biggest demonstrations in Bangkok on Thursday evening.

"The government must use the emergency decree. We have to proceed because the situation became violent ... It is being used for 30 days, or less if the situation eases."

He warned people not to violate the emergency measures, saying: "Just wait and see ... If you do wrong, we will use the law."

Protesters are demanding the overthrow of Prayuth, who first took power in a coup in 2014, saying he orchestrated the election last year to keep hold of power. He argues that the election was fair.

Protesters also want to replace the current constitution drawn up under military rule.

Calls for reforms to the monarchy, which is accused by protesters of helping to reinforce decades of military influence in politics, have also been made.

Protests have been largely peaceful.

The only specific incident cited by the government for the imposition of emergency measures was one in which protesters were jeered by Queen Suthida's motorcade, but protests were also said to harm the economy and national security.

On Friday, police said two men will be charged with attempted violence against the queen, which carries a potential sentence of death.

Protesters have denounced the emergency measures and the arrest of some 40 protesters in the past week and are planning another demonstration at 5 p.m. (1000 GMT) in Bangkok on Friday.

The emergency measures were also condemned by parliamentary opposition parties.

"Pheu Thai Party calls on General Prayuth Chan-ocha and the state officials to lift the emergency decree and to stop intimidating the people in all manners and to release those who were arrested immediately," said the party, which has the most seats in parliament.