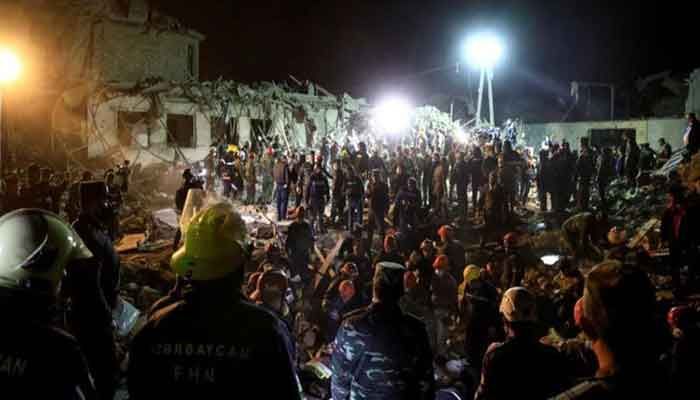 Azerbaijan said 12 civilians were killed on Saturday and more than 40 were wounded in the city of Ganja as a result of Armenia's shelling, reports Reuters.

There has been no official reaction from Armenia as yet.