What a Second Trump Term Would Mean for US Financial Policy 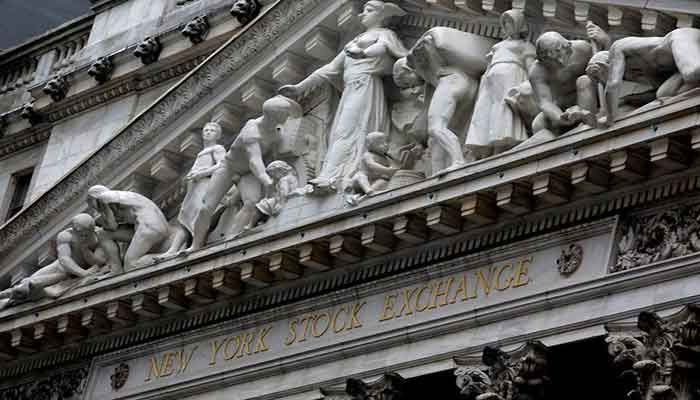 ﻿A victory by US President Donald Trump on Tuesday would continue his administration’s four-year deregulatory streak, which has delivered at least $40 billion in gains to banks and other financial firms, according to industry estimates.

Here are several more key changes to the financial law that policy analysts anticipate if the Republican incumbent wins a second term in the White House, reports Reuters.

Trump’s administration could push ahead with its ambitious overhaul of the housing finance market.

The Federal Housing Finance Agency (FHFA) has started the process of returning Fannie Mae and Freddie Mac, government-sponsored companies that guarantee more than half of the country's mortgages, to the private sector. It has helped the pair to boost their capital bases by keeping more of their earnings and introducing new capital requirements.

In a second term, FHFA Director Mark Calabria would be able to proceed with plans to potentially raise billions of dollars of extra capital from private sources, slimming down the pair’s activities, bolstering their internal controls and reducing their risk exposure.

Trump's administration has been a huge supporter of financial services innovation and has also made it easier for technology companies to get into banking. A second term will allow Trump officials more leeway to venture deeper into this often contentious territory.

Brian Brooks, acting head of the Office of the Comptroller of the Currency (OCC), has advocated that fintech firms should be allowed to apply for federal banking charters that would give them more freedom to expand across the country.

While that idea was legally challenged by state regulators, a second Trump term would give the OCC more ground to get the idea off the ground.

Under Trump, the Federal Deposit Insurance Corporation also started issuing special depository licenses to non-banking firms for the first time in more than a decade, opening the way for more non-banking companies to join the field if Trump wins.

Thanks to bank deregulation legislation here passed in 2018, Trump's regulators have lightened capital and liquidity rules here introduced after the 2009 financial crisis for many lenders, but global US banks were largely left out of that package.

Lobbyists expect Wall Street banks to win more capital relief if Trump is reelected, particularly with respect to the “G-SIB surcharge,” an extra capital buffer required of big globally systemically important banks, which have been fighting to relax the requirement.

Another area of industry focus will likely be the “Collins Amendment,” a rule that was introduced after the financial crisis and which sets minimum leverage and capital requirement for banks. Federal Reserve officials, including Chair Jerome Powell, had expressed a willingness to temporarily ease that requirement with Congress’s permission. Four more years under Trump would give the banking industry time to press for permanent relief.

Since a bill here overhauling US capital markets rules stalled in 2018, Republican lawmakers and lobbyists have pushed the Securities and Exchange Commission (SEC) to use its powers to cut red tape for listed companies and make it easier for private companies to go public. Policy experts expect the SEC would continue during a second Trump term to overhaul corporate disclosure and reporting rules, and loosen restrictions on raising private capital.

After making it tougher for shareholders to push corporations to address environmental and social issues, the SEC is also expected to consider additional ways to rein in activist investors if Trump remains in office. That could include potentially tightening short-selling restrictions and disclosure rules around when activist investors buy up company stakes, policy experts said.