The latest daily case count of 194,610 refreshed the previous nationwide record of 143,408 set on the previous day 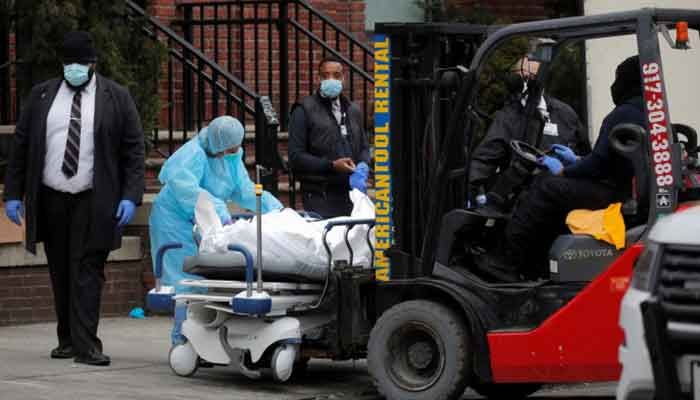 The United States reported an all-time high of nearly 200,000 new Covid-19 cases on Thursday, setting a new record for the fifth time in a week, showing updated data on Friday by the US Centers for Disease Control and Prevention (CDC).

The new daily case count of 194,610 refreshed the previous nationwide record of 143,408 set the previous day, taking the total daily seven-day rise to a record high of 132,442 cases, according to the CDC, reports Xinhua.

A total of 1,147 coronavirus deaths were recorded across the country on Thursday, taking the average seven-day deaths to 1,136, the highest since early August.

It marked the fifth consecutive day that the regular case count in the United States set a new record.

The country has seen the most crucial week as significant Covid-19 indicators, including a daily case rise, a seven-day average daily increase, and hospitalizations have reached new heights this week.

A new forecast released by the Institute for Health Metrics and Evaluation (IHME) at the University of Washington on Thursday predicted 439,000 total Covid-19 deaths across the United States by March 1 and a rate of 2,200 deaths per day by mid-January.

"Although mask use has increased to 67 percent, further increases to 95 percent could save a further 68,000 lives by March 1," the IHME said in the report.

"Daily cases are increasing at an accelerating rate with deaths increasing but at a slower rate. Given the experience in Europe, we expect that the increase in deaths will soon begin to match the increase in cases," said the report.

The fall/winter surge is evident at this point in almost all US states, according to the IHME.

US President Donald Trump said on Friday that a coronavirus vaccine could be available to the general public as early as April.

The United States recorded more than 10,727,000 cases with more than 244,300 related deaths as of Friday night, according to the real-time record maintained by Johns Hopkins University.