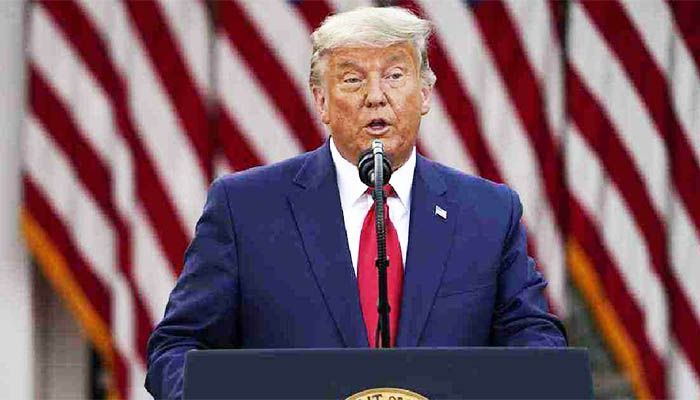 ﻿US President Donald Trump eventually seemed to concede Sunday that he lost the presidential election and would no longer be president as of 20 January 2021, even as he reiterated his arguments that his rival, President-elect Joe Biden, was 'rigged in favor of the contest.

In the midst of a flurry of Sunday morning (US time) tweets, there was one that he wrote:

"He won because the election was rigged. NO VOTE WATCHERS OR OBSERVERS allowed, voting tabulated by a privately owned Radical Left corporation, Dominion, with a poor reputation & bum equipment that couldn't even qualify for Texas (which I won by a lot!), the False & Silent Media, & more!"

This was the first time he acknowledged publicly that Biden had prevailed, legitimately or not.

It came when a number of cases brought in different states by his campaign largely failed to make much progress in court, more or less wiping out the chance that the outcome could be reversed.