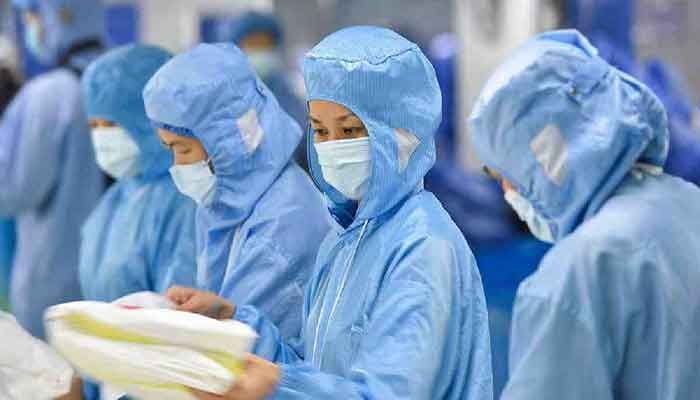 More than 54 million cases of coronavirus have been confirmed across the globe, while on Monday the global death toll increased to 1,316,502.

The total number of coronavirus cases stood at 54,326, 211 as of Monday morning, according to data collected by Johns Hopkins University, reports UNB.

With 246,206 fatalities and a total of 11 million cases so far the United States remains the worst-hit country.

As cases intensified, the number of coronavirus cases in the US reached the 11-million mark on Sunday.

On November 8, the US crossed 10 million Covid-19 cases and over 100,000 daily cases have been registered for the past 11 days straight.

According to data from Johns Hopkins University, the seven-day rolling average for new daily cases stood at 145.400 on Saturday. That means the U.S. is adding around 1 million new cases a week and deaths averaged 820 a day as of Saturday, a 33percent rise in just two weeks, reports AP.

According to the Ministry of Health, Brazil's COVID-19 death toll reached 165,798 on Sunday after 921 deaths were reported in the last 24 hours.

At 51,858, with a total of 1,347,922 cases so far the United Kingdom has recorded the fifth highest number of deaths-the seventh highest in the world.

Bangladesh reported 1837 new cases of Covid-19 in the past 24 hours until Sunday morning, taking the country’s overall tally to 432,333.

Besides, 21 more deaths were reported in the same period, driving total fatalities to 6,194.

The fatality rate in Bangladesh is 1.43 percent, the Directorate General of Health Services said.

Bangladesh reported its first cases on March 8. The number of cases reached the 300,000-mark on August 26. The first death was reported on March 18 and the death toll exceeded 6,000 on November 4.