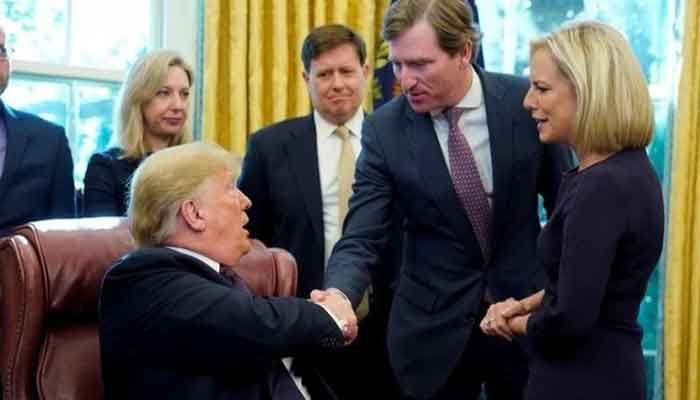 Donald Trump says he has fired the top election officer who contradicted the US President's claims of voter fraud.

Mr Trump has refused to concede the US election, making unsubstantiated claims of "massive" voter fraud.

Election officials said the vote was the "most secure" in US history.

Mr Krebs is said to have triggered displeasure in the White House over a Cisa website called Rumor Control, which debunked election disinformation, much of which was compounded by the President himself.

Mr Krebs seemed to have no regrets about speaking out after his dismissal on Tuesday.

Shortly before he was fired, Mr Krebs posted a tweet that appeared to take aim at Mr Trump's allegation that voting machines in various states had switched ballots to his rival Joe Biden.

Mr Krebs tweeted: "ICYMI: On allegations that election systems were manipulated, 59 election security experts all agree, 'in every case of which we are aware, these claims either have been unsubstantiated or are technically incoherent.' #Protect2020".

He was among senior officials from the Department of Homeland Security who last week declared the 3 November US general election the "most secure in American history".

"While we know there are many unfounded claims and opportunities for misinformation about the process of our elections, we can assure you we have the utmost confidence in the security and integrity of our elections, and you should too," said their statement, which was posted to Cisa's website, which did not name Mr Trump directly.

Mr Krebs retweeted a Twitter post by an election law expert that said: "Please don't retweet wild and baseless claims about voting machines, even if they're made by the president."