US Announces Plans to Cut Troop Levels in Afghanistan, Iraq 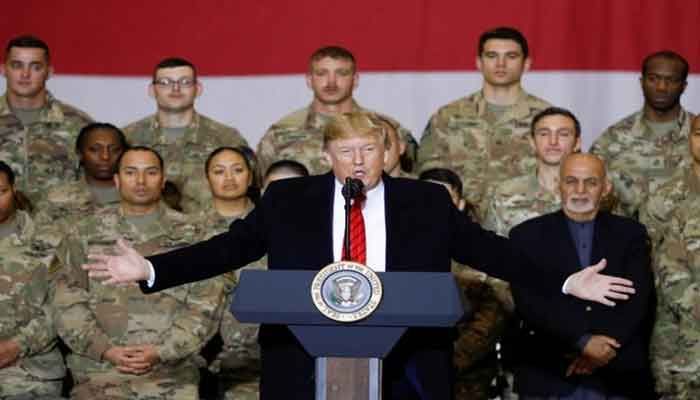 US President Donald Trump will sharply reduce the number of US forces in Afghanistan from 4,500 to 2,500 before he leaves office, the Pentagon reported.

The Pentagon also outlined a modest withdrawal of US forces in Iraq that will reduce the troop levels from 3,000 to 2,500, reports Al Jazeera.

Acting Secretary of Defense Chris Miller said about 2,000 troops would be pulled out of Afghanistan by January 15 and 500 more would come back from Iraq, leaving 2,500 in each country.

The moves reflect Trump’s policy “to bring the wars in Afghanistan and Iraq to a successful and responsible conclusion and to bring our brave service members home”, Miller said.

The announcement came days after Trump fired former Defense Secretary Mark Esper, who insisted on the need to retain a troop level in Afghanistan to assist the Kabul government while negotiating a peace agreement with the Taliban.

The drawdown will have less of an impact in Iraq, Al Jazeera’s Simona Foltyn explained, citing the number of US troops in Iraq that “has gone down to 3,000 as of September this year.”

Al Jazeera’s White House correspondent Kimberly Halkett said the announcement was part of Trump’s attempt to “make good” on campaign promises made in 2016 to end “endless wars” and “preserve his legacy”.

However, the plans – which were first reported on Monday – stopped short of the complete withdrawal Trump had promised to carry out by Christmas.

The new plans will accelerate troop withdrawals from Iraq and Afghanistan in Trump’s final days in office, despite arguments from senior military officials in favour of a slower, more methodical pullout.

Halkett said the necessity and strategic values of the drawdowns are being questioned in DC: “This is going to be met a lot of criticism … it doesn’t please Pentagon officials; it doesn’t please lawmakers on Capitol Hill”.

Critics said the Afghan withdrawal will undermine fragile security in the nation and hurt the continuing peace talks between the Afghan government and Taliban fighters.

Halkett said it could put President-elect Joe Biden in a difficult position to consider sending troops to Afghanistan, even as the US faces economic implications of the COVID-19 pandemic and public opinion overwhelmingly against the war.

Trump declined to give his election defeat to Democrat Biden, who took office on January 20th, just five days after the withdrawal of the troops was scheduled to end.

Shortly after Miller’s announcement, the top Republican in the Senate, Majority Leader Mitch McConnell, warned against any major changes in US defence or foreign policy in the next couple of months – including significant troop reductions in Afghanistan and Iraq.

McConnell told reporters on Capitol Hill that “a precipitous drawdown in either Afghanistan or Iraq is a mistake,” although he did not directly criticise Trump.

Separately, Trump’s National Security Advisor Robert O’Brien said the president is keeping his promise to the American people to get US troops out of war zones.

“By May, it is President Trump’s hope that they will all come home safely and in their entirety,” O’Brien told reporters at the White House shortly after Miller made the announcement at the Pentagon.