New Lockdowns for England And Scotland Ahead Of ‘Hardest Weeks’ 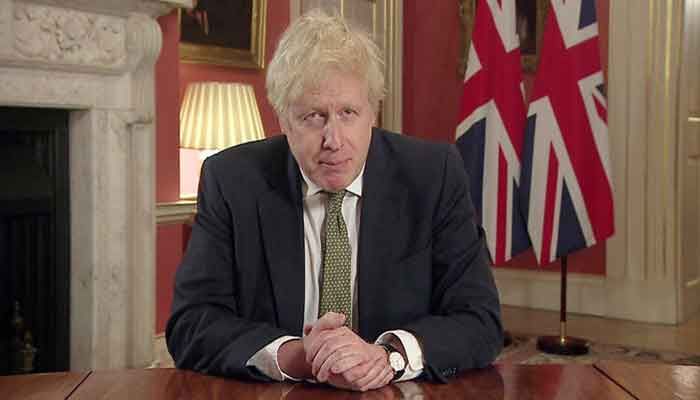 During a new coronavirus lockdown expected to last until mid-February, everyone in England must stay at home except for permitted reasons, the PM says.

Most students will be close to all schools and colleges and move from Tuesday to remote learning, reports BBC.

Amid surging cases and patient numbers, Boris Johnson warned the coming weeks would be the "hardest yet"

He said the first dose of the vaccine will be given by the middle of next month to people in the top four priority categories.

All care home residents and their carers, everyone aged 70 and over, all frontline health and social care workers, and the clinically extremely vulnerable will be offered one dose of a vaccine by mid-February.

Scotland released a stay-at-home order earlier and Wales said schools and colleges would shut down for most pupils before 18 January.

Speaking from Downing Street, Mr Johnson told the public to follow the new lockdown rules immediately, before they become law in the early hours of Wednesday.

All the new measures in England will then last until at least the middle of February, he said, as a new more infectious variant of the virus spreads across the UK.

The PM added that he believed the country was entering "the last phase of the struggle".

Hospitals were under "more pressure from Covid than at any time since the start of the pandemic", he said.

And he reiterated the slogan used earlier in the pandemic, urging people to immediately "stay at home, protect the NHS and save lives".

On Monday, the UK recorded more than 50,000 new confirmed Covid cases for the seventh day in a row.

A further 58,784 cases and an additional 407 deaths within 28 days of a positive test result were reported, though deaths in Scotland were not recorded.

This is a week-on-week increase of 30%, and a new record high.

Those who are clinically extremely vulnerable will be contacted by letter and should now shield once more, Mr Johnson said.

Support and childcare bubbles will continue under the new measures - and people can meet one person from another household for outdoor exercise.

Communal worship and life events like funerals and weddings can continue, subject to limits on attendance.

While Mr Johnson said end-of-year exams would not take place as normal in the summer, he said alternative arrangements would be announced separately.

The government has published a 22-page document outlining the new rules in detail.

The House of Commons has been recalled to allow MPs to vote on the new restrictions on Wednesday.

Labour leader Sir Keir Starmer said his MPs would "support the package of measures", saying "we've all got to pull together now to make this work".

Level five means the NHS may soon be unable to handle a further sustained rise in cases, the medical officers said in a joint statement.

NHS Providers, which represents health service trusts, said hospitals were at a "critical point" and that "immediate and decisive action" was needed.

Announcing tougher measures in Scotland, First Minister Nicola Sturgeon said: "It is no exaggeration to say that I am more concerned about the situation we face now than I have been at any time since March last year."

Some 13.9 million people are among the four priority groups who will receive a vaccine dose by about 15 February, vaccines minister Nadhim Zahawi said.